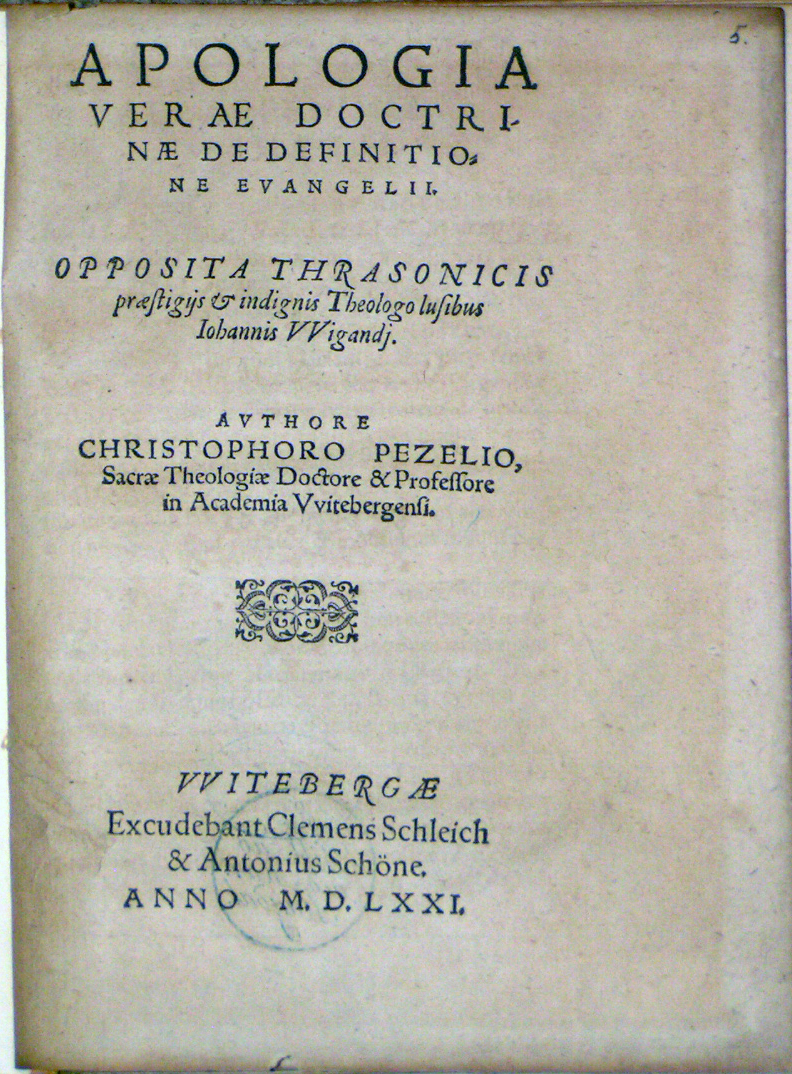 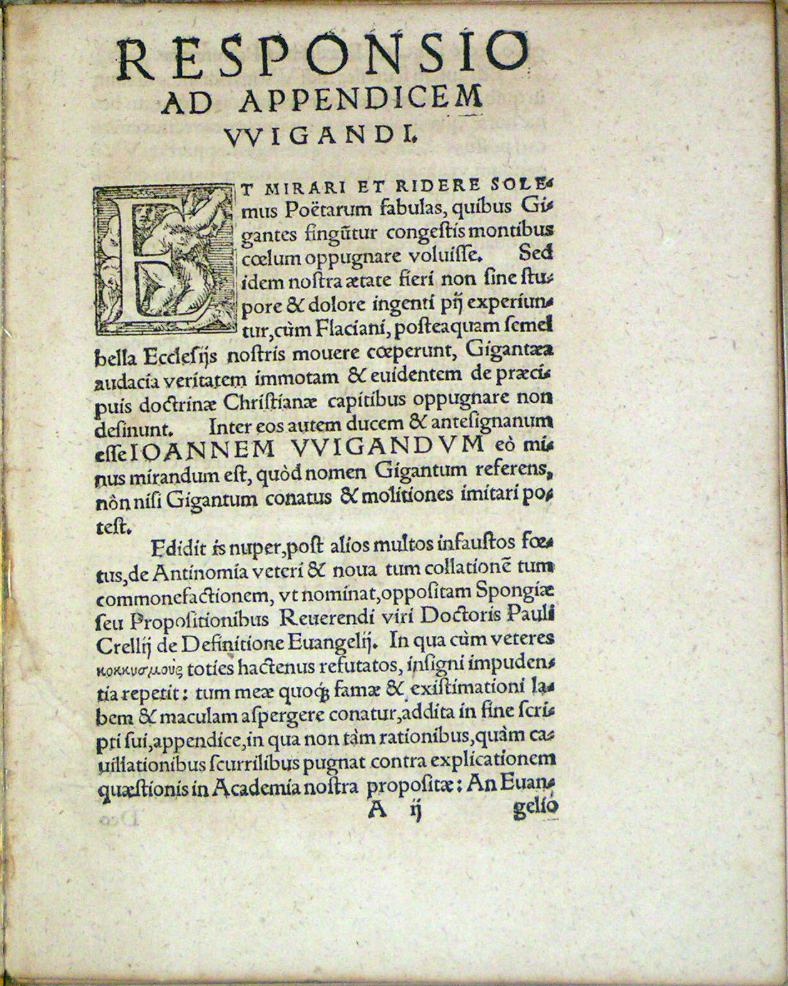 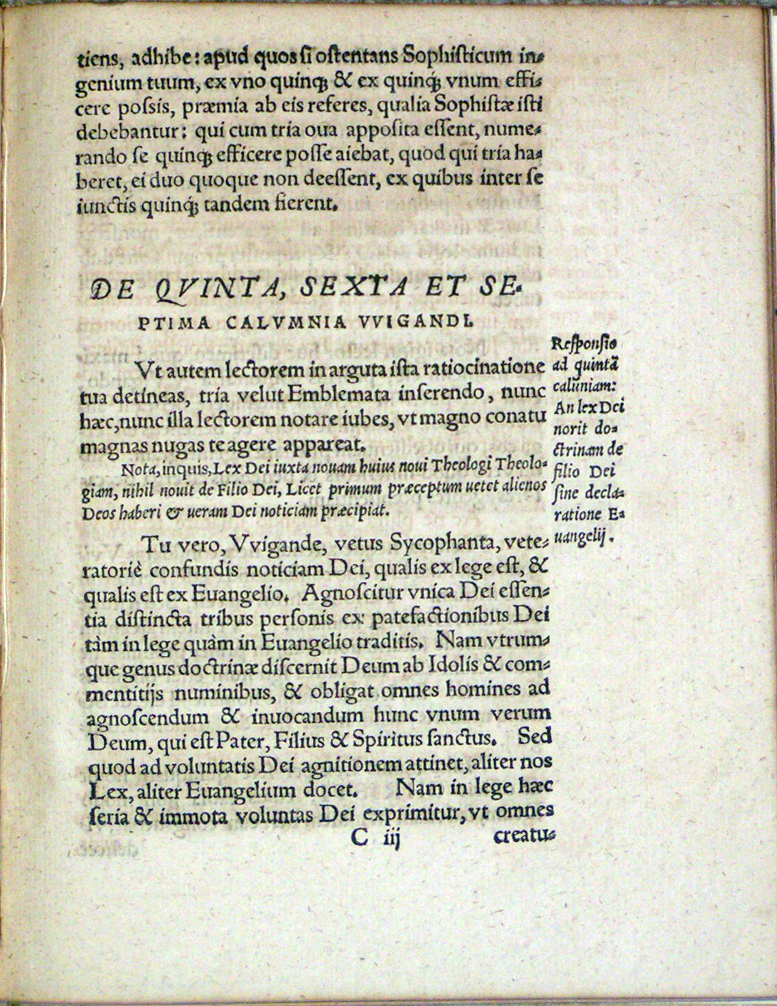 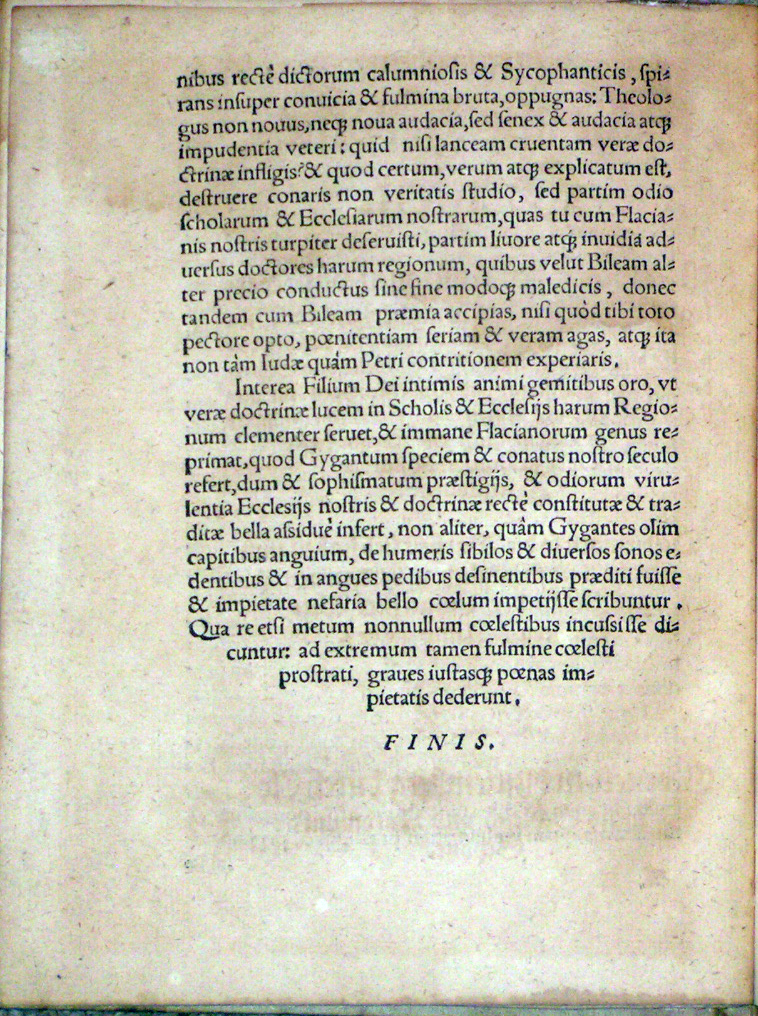 "Christoph Pezel (1539-1604) ""German crypto-Calvinist... He was educated at the universities of Jena and Wittenberg...in 1569 was ordained preacher at the Schloss-kirche in Wittenberg. In the same year he entered the theological faculty, where he soon became involved in the disputes between the followers of Melanchthon and Luther, writing the Apologia verÃ¦ doctrinÃ¦ de definitione Evangelii (Wittenberg, 1571) and being the chief author of the Wittenberg catechism of 1571. He soon took a leading position as a zealous Philippist.""--G. Kawerau in New Schaff-Herzog Ency. Rel. Knowl. IX:4. He was banished in 1576 for his Calvinism, but was called to Nassau the following year where he helped to introduce Calvinism. Bremen called him in 1581, and there he laid the foundation of Reformed church life. ""Pezel did away with Luther's Catechism, substituting for it his own Bremen catechism, which remained in force until the eighteenth century, removed images and pictures from the churches, formed a ministerium which united the clergy, and, by his Consensus ministerii Bremensis ecclesiÃ¦ of 1595, prepared the way for the complete acceptance of Calvinistic doctrine."" ""He is particularly interesting as showing the evolution from Melanchthon's attitude towards predestination to the complete determinism of the Calvinistic concept of the dogma.""--ibid. The Apologia is one of Pezel's earlier writings and was directed against Johann Wigand. Johann Wigand (1523-1587) had studied at Wittenberg hearing Luther, Melancthon & Cruciger. He was a staunch defender of orthodox Lutheran doctrine. Title translation: A Defence of true Doctrine from an Exposition of the Gospel. In Opposition to the vainglorious, deluded, and unworthy, shifty theologian, Johann Wigand. One decorative woodcut initial. Bound modern hardcover with brown variegated paper over boards, two small circular stamps on verso of title, very small piece torn from bottom edge of title, light & thin water stain along bottom and fore-edge of leaves D1-F1, light foxing. Collation: A-F4. Pagination: [48]pp. OCLC locates in the U.S.: Harvard Univ. Div. Sch. Libr.; Luther Theol. Sem. PA; Univ. of Wisconsin; Andrews University. They also find 7 libraries in Germany with copies as well as the British Library, one copy in Denmark and two in France."