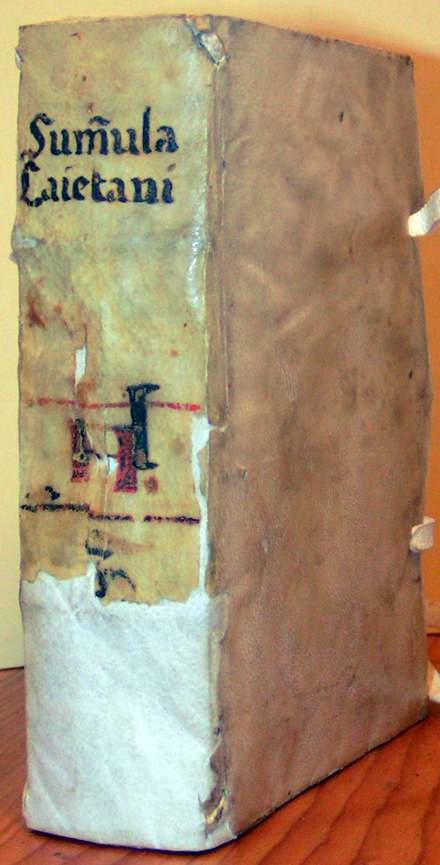 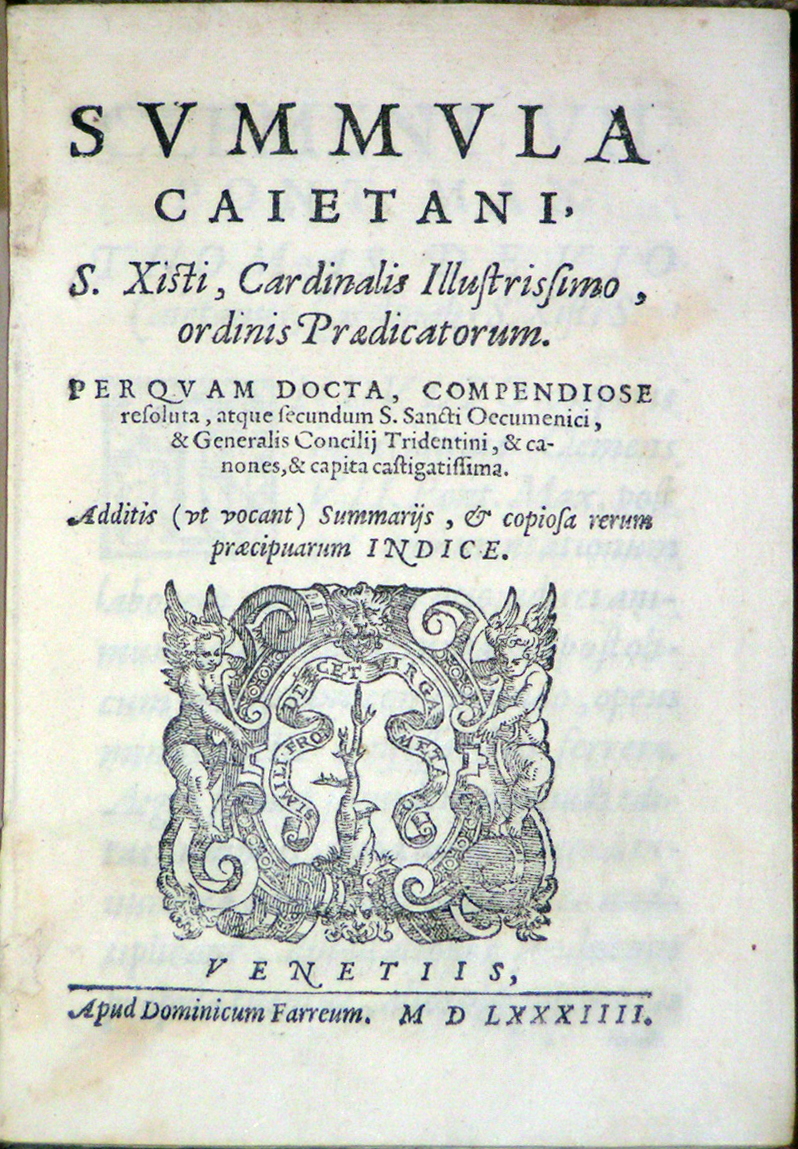 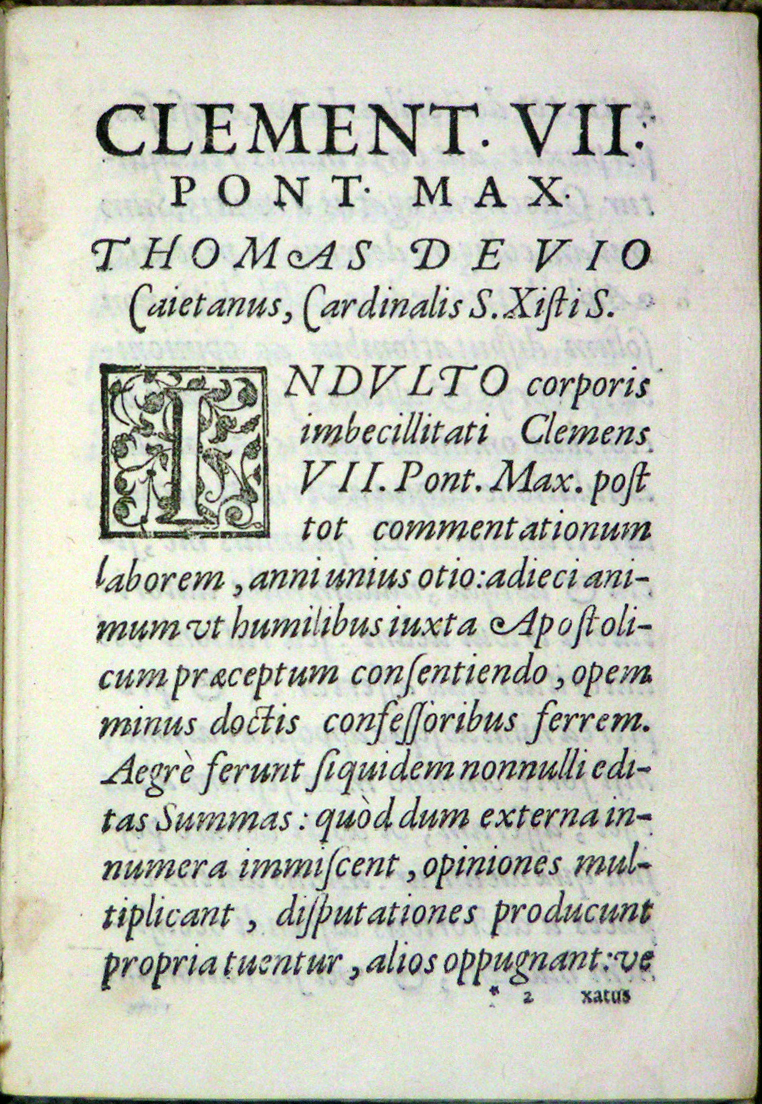 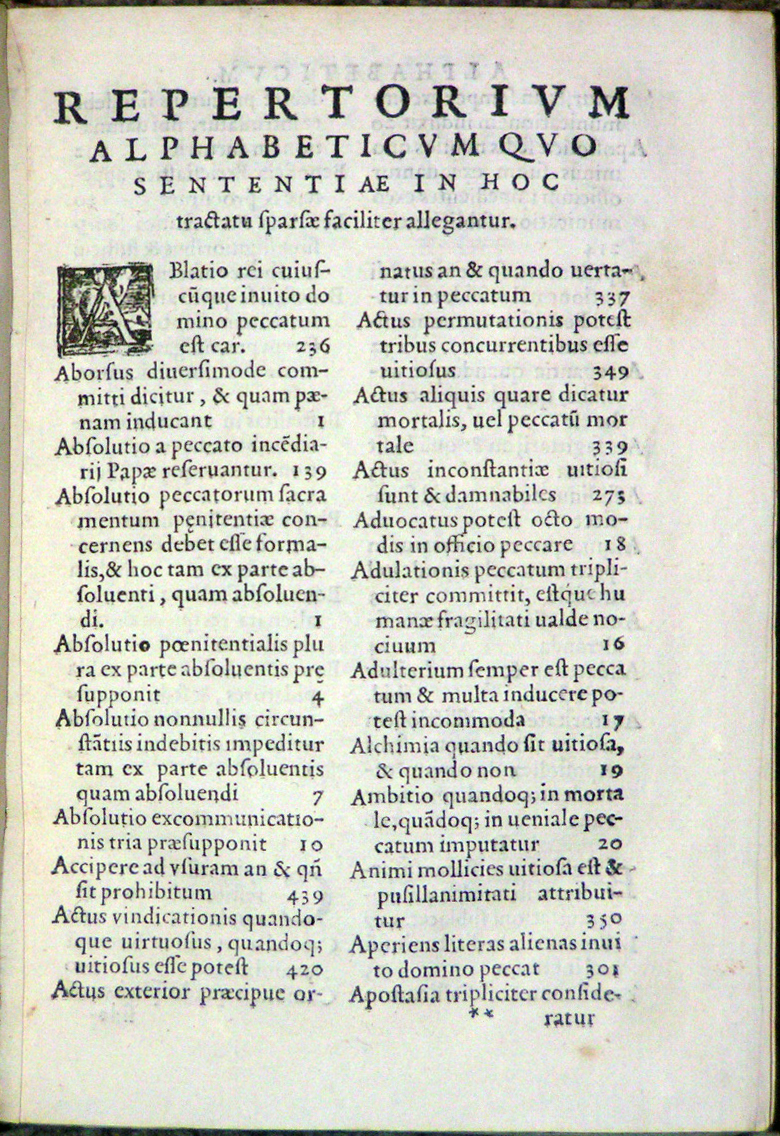 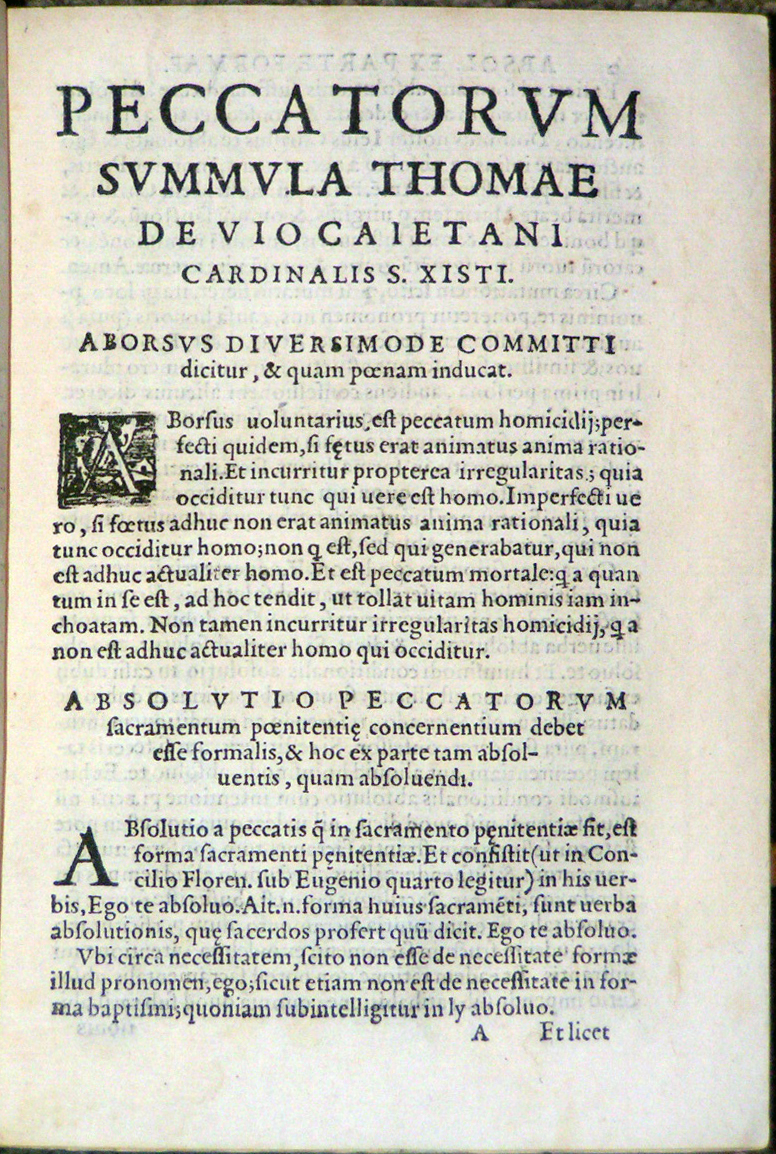 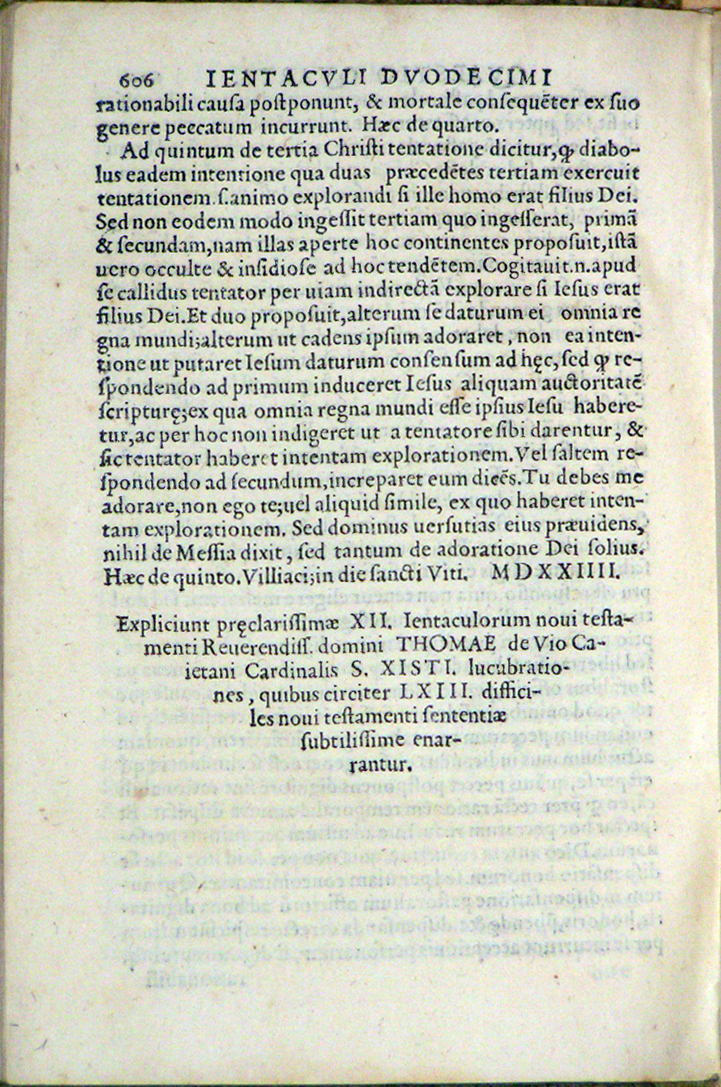 "Thomas Cajetan (Tommaso de Vio Cajetan, 1469-1534) Dominican cardinal, philosopher, theologian and exegete. ""As General of his order (1508-18), Cardinal (1517), and Bishop of Gaeta (1519) he played an important part in ecclesiastical affairs, urging the cause of reform before the fathers of the Lateran Council of 1512, reasoning with Luther in 1518, contributing to the elections of the Emp. Charles V (1519) and the Pope Hadrian VI (1522) and opposing the projected divorce of Henry VIII (1430)...In philosophy and theology his acute but conservative Commentary on St. Thomas's 'Summa theologica' (1507-22) was the first monument of a great revival of Thomism in the 16th century, and remains to-day one of the chief classics of scholasticism. Finding that Humanists and Protestants alike were making polemical use of the Scriptures, he subsequently turned to Biblical exegesis, for which he sought the assistance of scholarly philologists; and his commentaries on the Bible contain much enlightened criticism of an unexpectedly 'modern' kind. To Clement VII he was the 'lamp of the Church,' and everywhere in his career, as the theological light of Italy, he was heard with respect and pleasure by cardinals, universities, the clergy, nobility, and people.""--Cross: Oxford Dict. of the Christian Church, p.216. The Catholic Ency. presents Cajetan as ""Always obedient, and submitting his works to ecclesiastical authority, he presented a striking contrast to the leaders of heresy and revolt, whom he strove to save from their folly.""--Catholic Ency., 1913, II:147. ""In 1518 he was sent as legate to the Diet of Augsburg, and to him, at the wish of the Saxon elector, was entrusted the task of examining and testing the teachings of Luther. Treatises of his own, written, without knowledge of Luther's theses, in 1517 show that Luther was justified in his assertion that on the doctrine of dispensation the Church had as yet arrived at no firmly established position; the doctrine of confession Cajetan seemed also to regard as a subject open on controversy. Yet more than investigator and thinker he was politician and prelate, and his appearance at Augsburg in all the splendor of ecclesiastical pomp only served to reveal him to Luther as the type of Roman curialist, hateful to Germans and German Christianity.""--T. Kolde in New Schaff-Herzog. Ency. of Religious Knowledge II:338. We offer Cajetan's work on sin and confession, in a somewhat scarce Venice 1584 imprint. Bound early vellum, professionally restored with new vellum bottom half of spine and new vellum cords, new headband & tailband, early neat hand lettering on spine, early lettering on top page edges, contents with scattered light foxing, small marginal tear repaired; clean. Collation: *8, **8, A-Z8, Aa-Pp8. Last leaf is blank. Pagination: (1) title, (1) blank, (3) dedication to Clement VII, (10) index, (1) blank, (16) repertorum alphabeticum, [1]-606pp, (2) blank. Not in OCLC. However OCLC lists 2 libraries with a Venice 1584 edition, but printed by Nicolini not Farreum. It is also 16mo and with different collation & pagination."