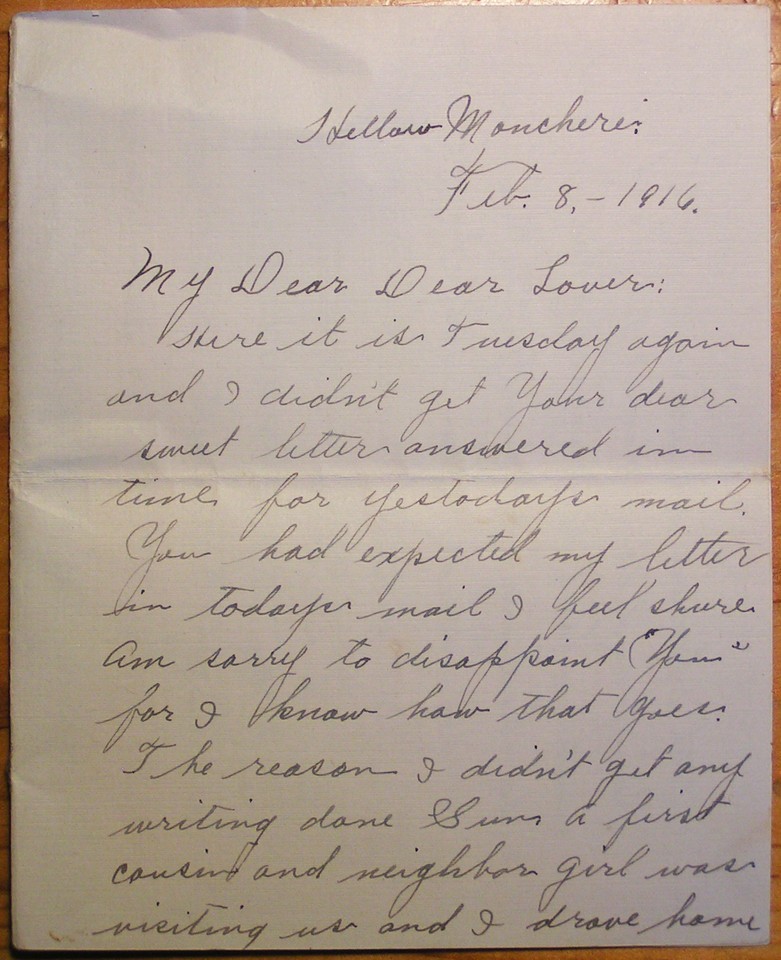 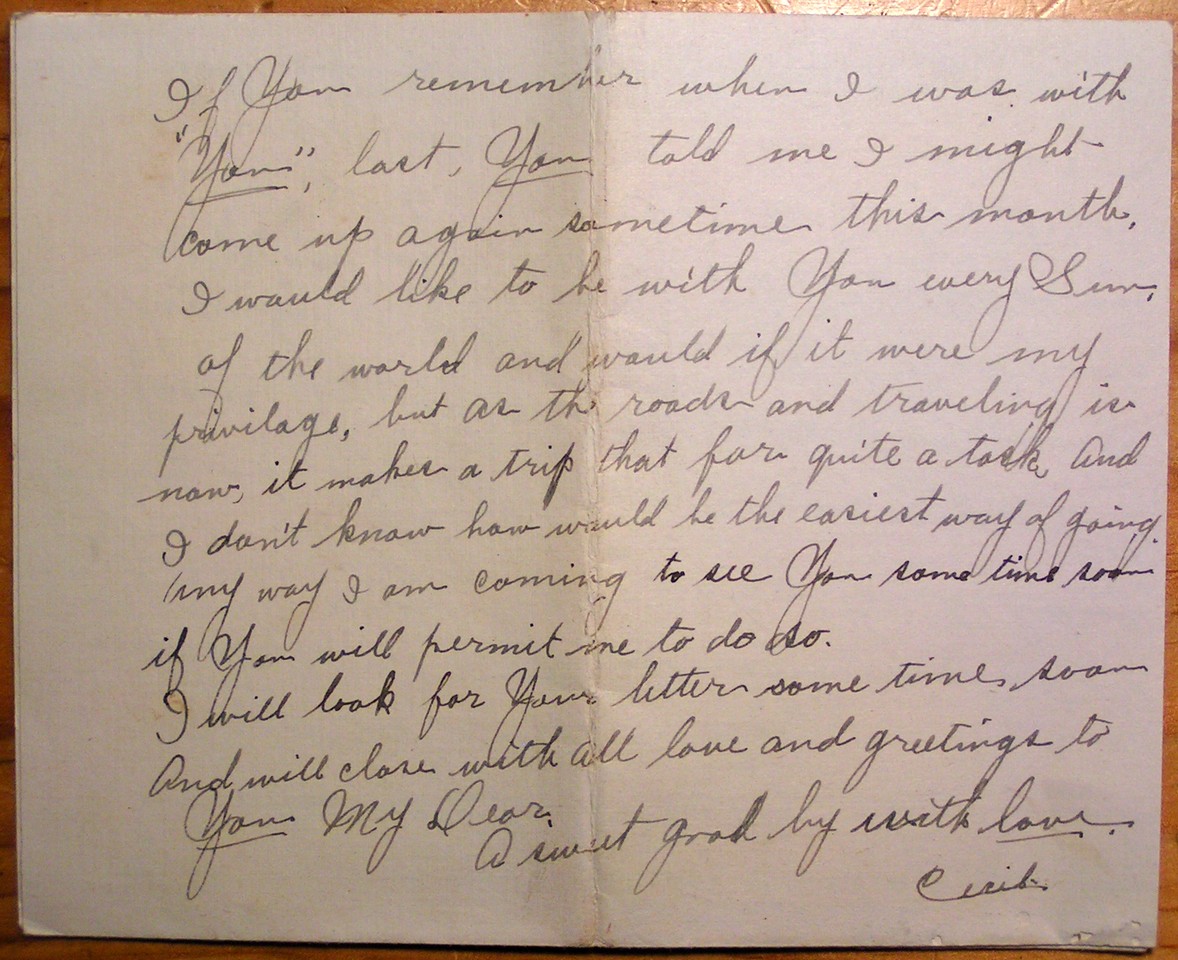 A love letter with plans for property and marriage and a trip to Ohio.

"The letter starts with ""Hellow Monchere Feb. 8,-1916. My Dear Dear Lover:"" It commences with a lengthy apology for not writing sooner then recounts a trip the author took to Ohio to visit friends to look and try to purchase a farm. ""You know I have had a little trip out in Ohio of late and was among friends and in the level country for just a week.... Then E.E. and I left Ron. [Ronceverte?] on No. 5. And arrived at Rushylvania Ohio at 5 o'clock Fri. evening, went out to my Friends Mr. McCulloch's and spent the night. Then Sat. morning John McC., Earl and I went out to the farm there which joins to theirs, and took a good look over all of it, and the buildings as well, everything about the place looked very well and very well it had been cared for.... I started home Thursday morning and after having a good chance to look over a part of Columbus left there at 4-20 and arrived home next morning on No. 4. had quite a long wait in Huntington at night for 4, which was late... altho there wasn't a bit of snow there, when I left, but plenty here when I got home. Most every one out there that knew me wanted to know what time this spring I was going to get married and come there to live.... Now You are anxious to know of course if Earl and I made a deal. We have not closed it yet but I am almost shure we will because his is anxious to get out there providing the better half will get the same notion soon.... You know Honey I sometimes think I am missing the happiest part of this life by going on as I have and never having a home of my own with the one I love... And I will say just now that is one of the reasons why I considered a proposition of my brothers, And if we close this deal, which I expect we will soon, it will make a great deal of difference with me about the future, in regard to asking You to become my wife..."" In the last paragraph he discusses visiting her again soon with her permission but ""as the roads and traveling is now, it makes a trip that far quite a task, And I don't know how would be the easiest way of going. Any way I am coming to see You some time soon if You will permit me to do so. I will look for Your letter some time soon. And will close with all love and greetings to You My Dear. A sweet good by with love, Cecil."" 3 sheets of linen style paper 16.3 x 26.2cm folded 2 ways. In gray neat hand. Some light foxing. "

Title: A love letter with plans for property and marriage and a trip to Ohio.

A love letter with plans for property and marriage and a trip to Ohio.