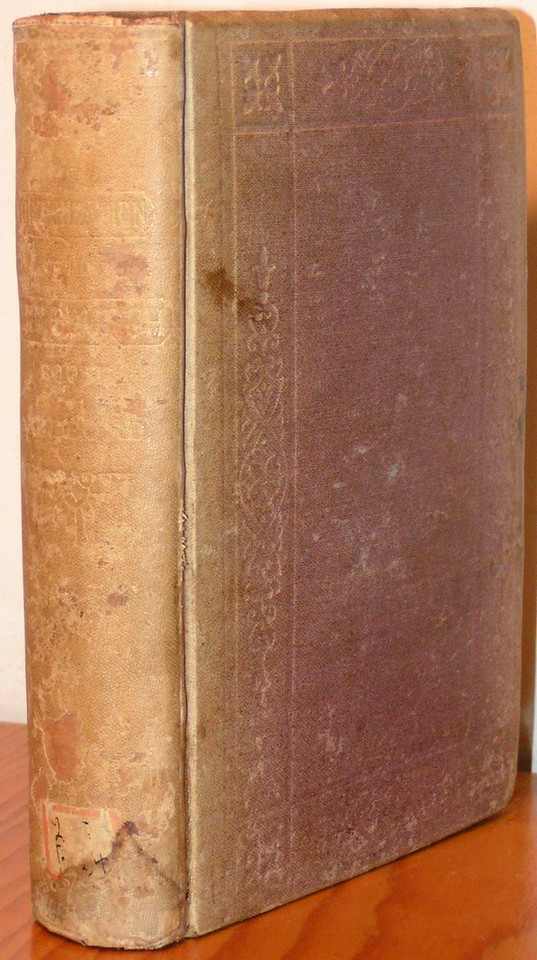 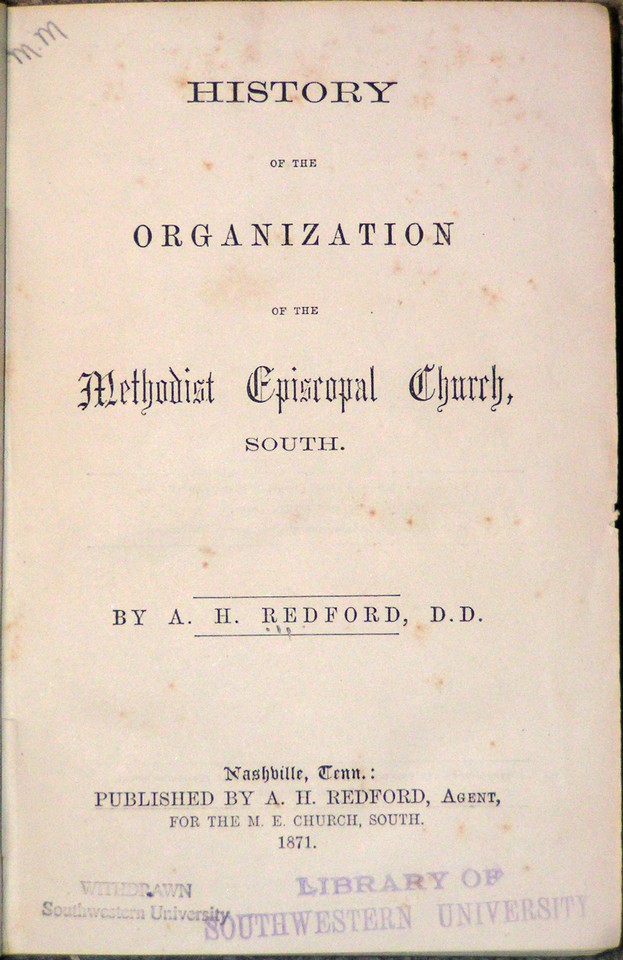 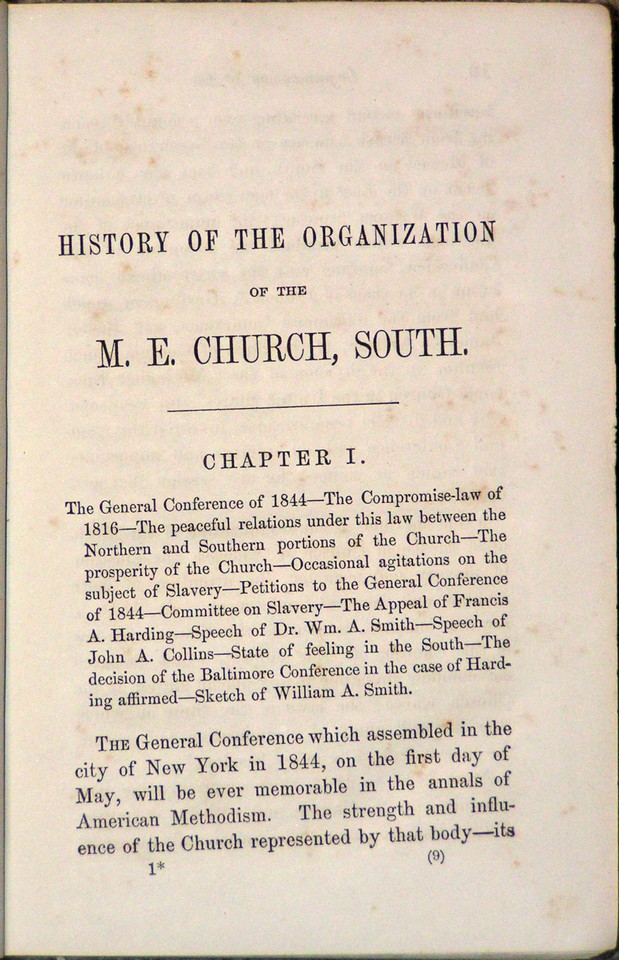 History of the Organization of the Methodist Episcopal Church, South. By A. H. Redford, D.D.

"""More than a quarter of century has elapsed since the organization of the Methodist Episcopal Church, South. The men who were prominent in the General Conference of 1844, the extrajudicial legislation of which body resulted in the division of the Methodist Episcopal Church in the United States into two separate and distinct ecclesiastical organizations, with but few exceptions have passed away... Since the division...a new generation has come upon the scene, who are not familiar with the circumstances that led to the separation. The object of this work is to place in a permanent and enduring form the proceedings of the General Conference of 1844, so far as they bear upon this questions, together with all official documents and papers necessary to a full understanding of the reasons by which the Southern Delegates in that body were governed in the declaration they made that ""a continuance of the jurisdiction of that General Conference over the Conferences they represented, was inconsistent with the success of the ministry in the slaveholding States.""""--Preface. Bound original blind-stamped purple cloth mostly faded to tan, dulled and faded gilt lettering on spine, silverfish type damage to spine cloth, remains of old paper number label on bottom of spine, spine ends worn away, covers soiled some, yellow endpapers, library bookplate with their ""Withdrawn"" stamp, top corner of front free endpaper torn away, library stamp & ""Withdrawn"" stamp on bottom of title page, scar from removed library pocket on rear paste-down endpaper, light foxing. Pagination: (1) title, (1) copyright, (1) dedication, (1) blank, 5-vi Preface, 7-viii Contents, 9-660pp. "

Title: History of the Organization of the Methodist Episcopal Church, South. By A. H. Redford, D.D.

History of the Organization of the Methodist Episcopal Church, South. By A. H. Redford, D.D.