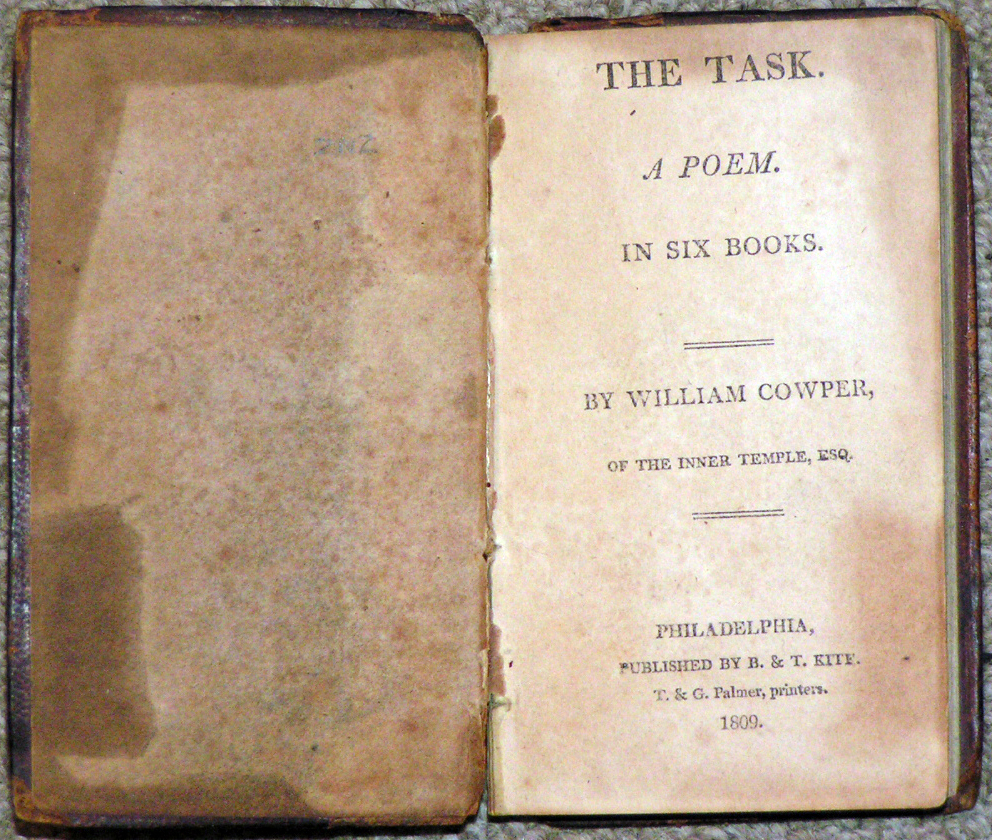 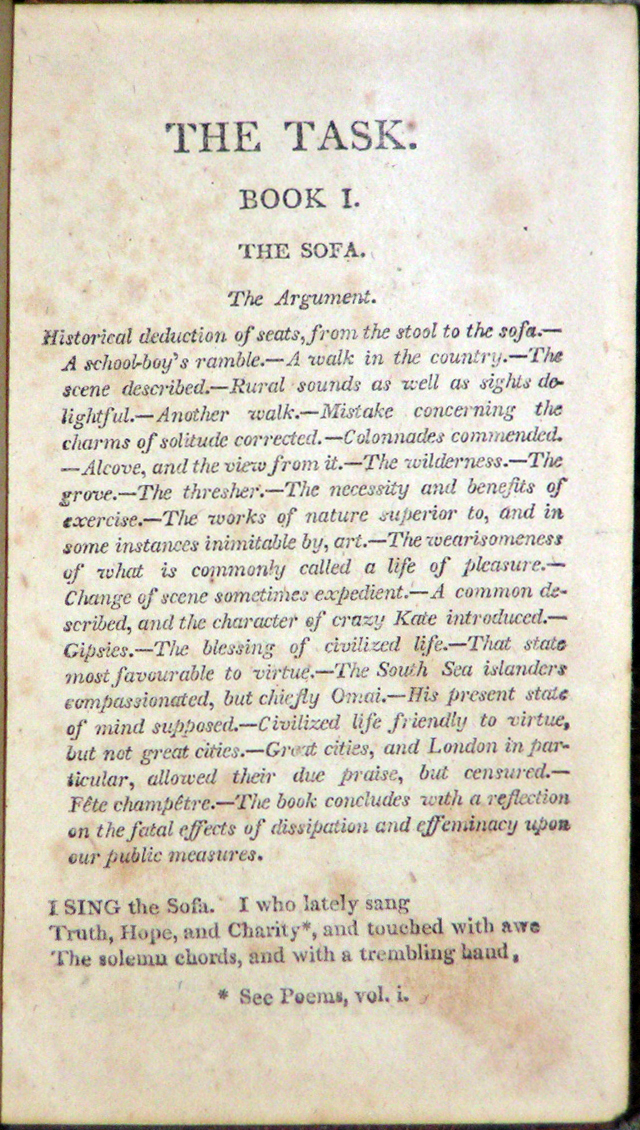 The Task. A Poem. In Six Books. By William Cowper, of the Inner Temple, Esq.

"William Cowper, 1731-1800, English poet. ""Physically and emotionally unfit for the professional life, he was admitted to the bar but never practiced. After a battle with insanity, Cowper retired to the country, taking refuge with the family of Mrs. Mary Unwin, whose life-long devotion to him he celebrates in ""To Mary."" Most of his country life was spent at Olney, where he met John Newton, the ardent evangelical preacher. He contributed to Newton's Olney Hymns (1779)... including the two commencing ""Oh for a closer walk with God"" and ""God moves in a mysterious way."" His hymns, while expressing the hope of the new humanitarian religious revival, often gave way to religious despair and self-distrust. After Newton left Olney, Cowper, having recovered from another period of insanity, turned to writing about simple homely subjects, producing his famous long poem, The Task (1785). Its descriptions of the sights and sounds of country life foreshadowed 19th-century romanticism. Cowper's sweet-tempered, playful moods found a way into many of his poems, the most notable being ""The Diverting History of John Gilpin."" He also made a relatively unsuccessful translation of Homer (1791). After the death of Mrs. Unwin in 1796, his old malady returned, and he wrote little except the anguished poem, ""The Castaway."" His letters are considered among the most brilliant in English literature.""--""Cowper, William."" The Columbia Encyclopedia, 6th ed.. 2015. Encyclopedia.com. 3 Nov. 2015

Title: The Task. A Poem. In Six Books. By William Cowper, of the Inner Temple, Esq.

The Task. A Poem. In Six Books. By William Cowper, of the Inner Temple, Esq.