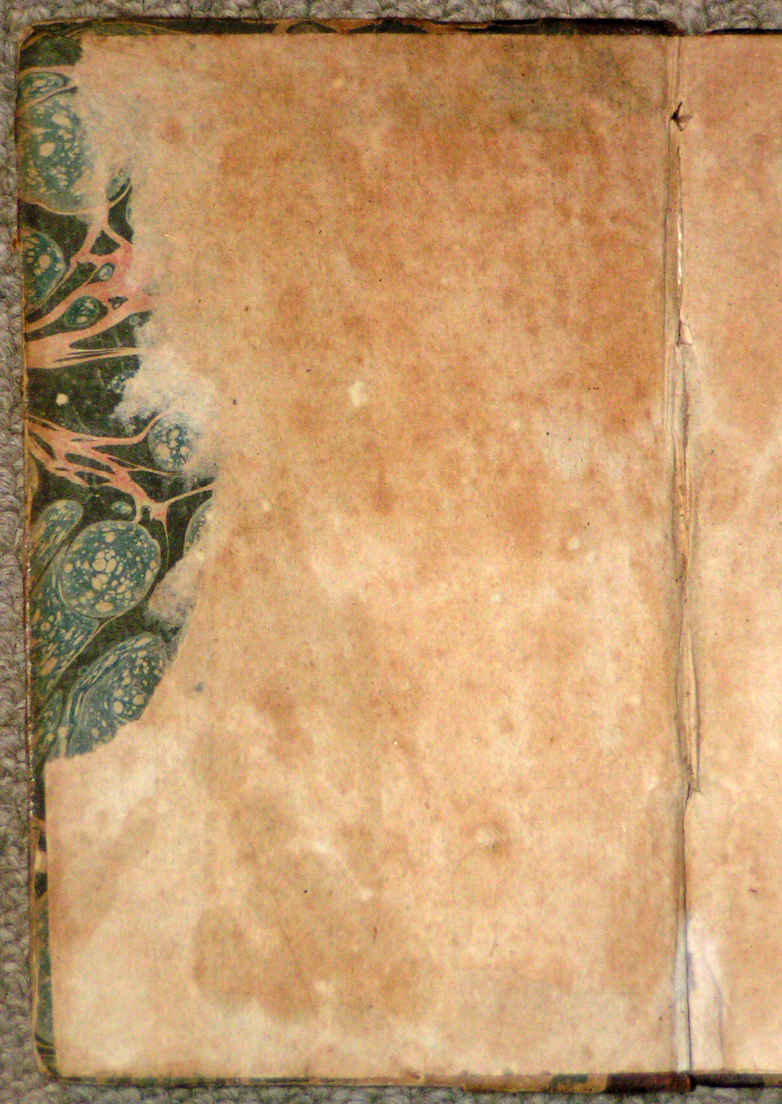 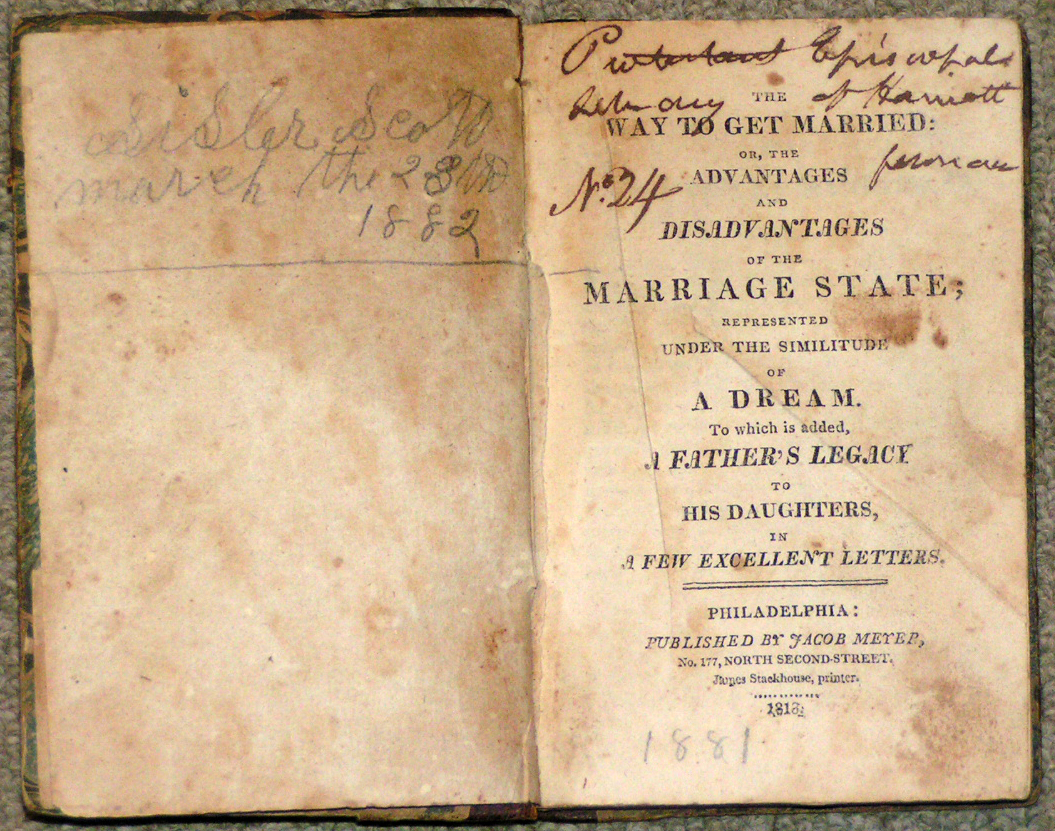 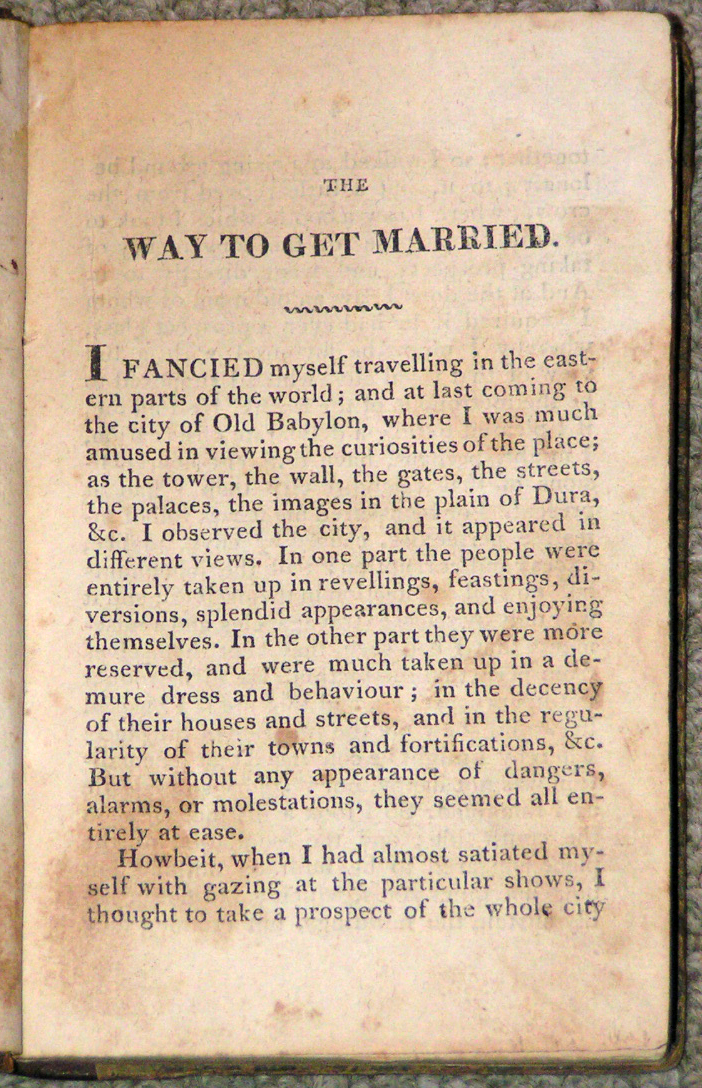 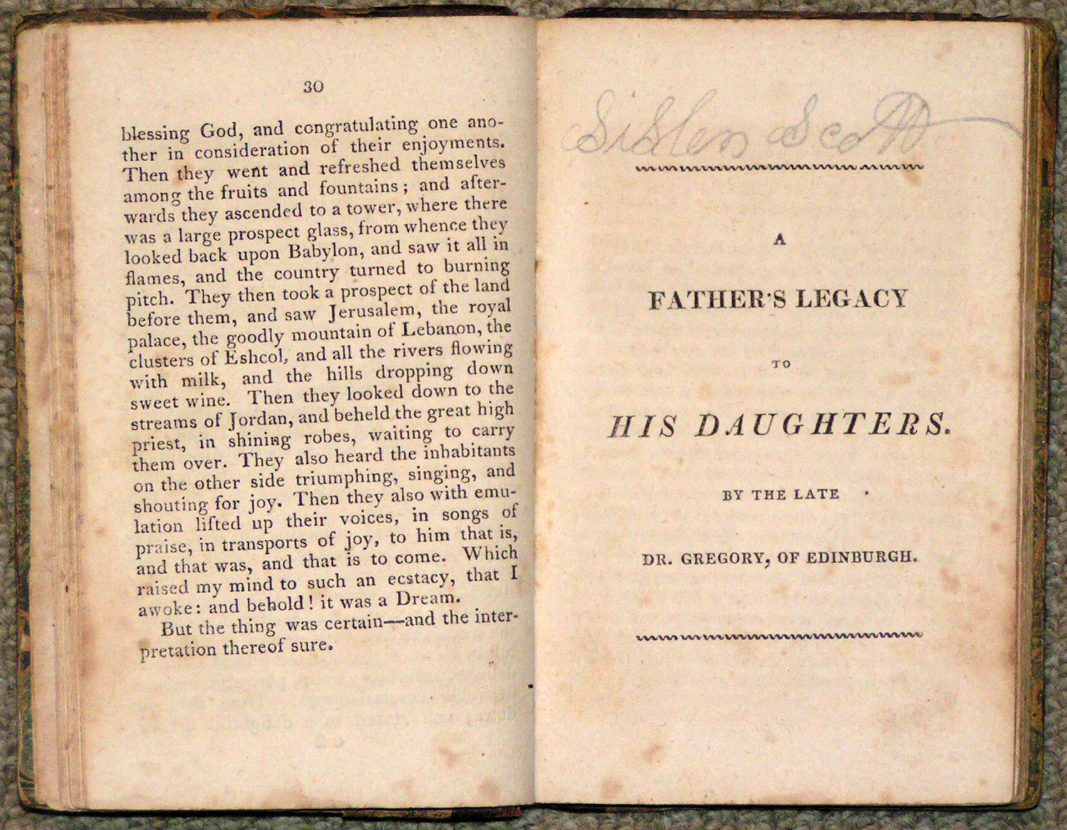 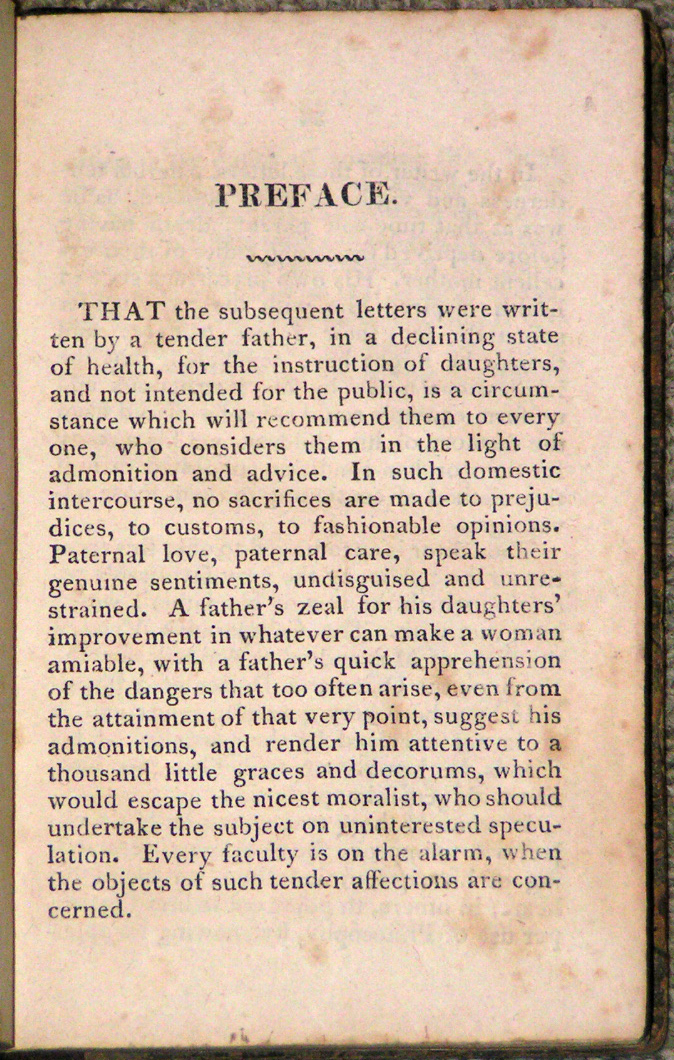 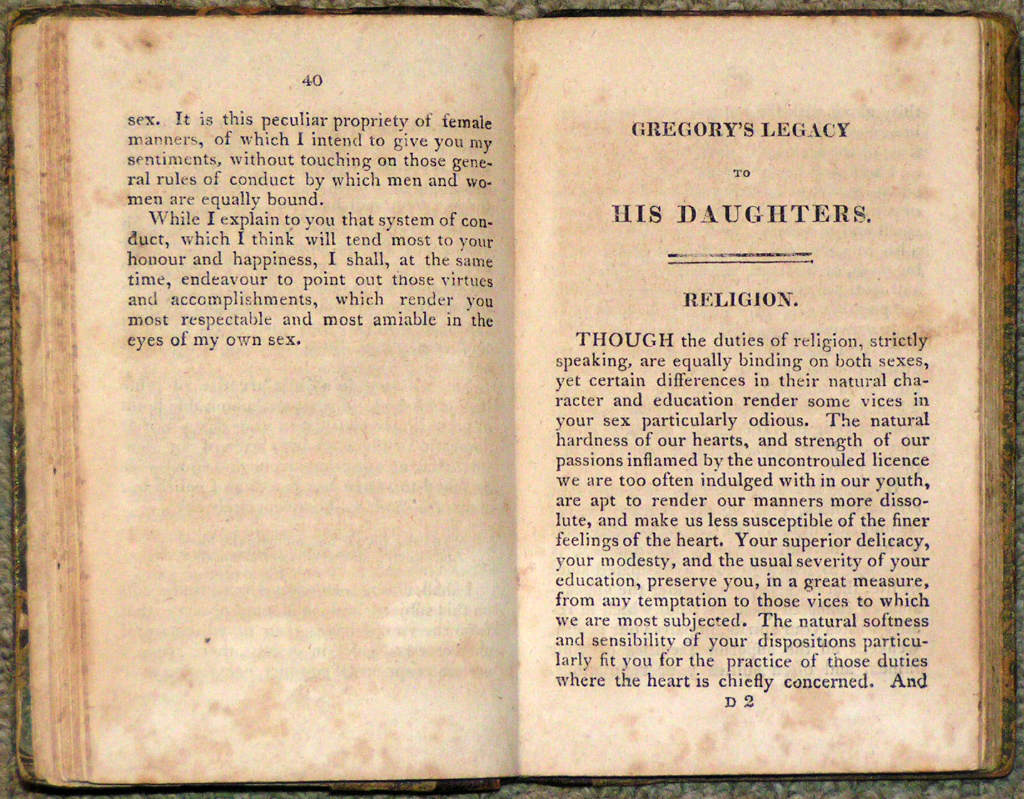 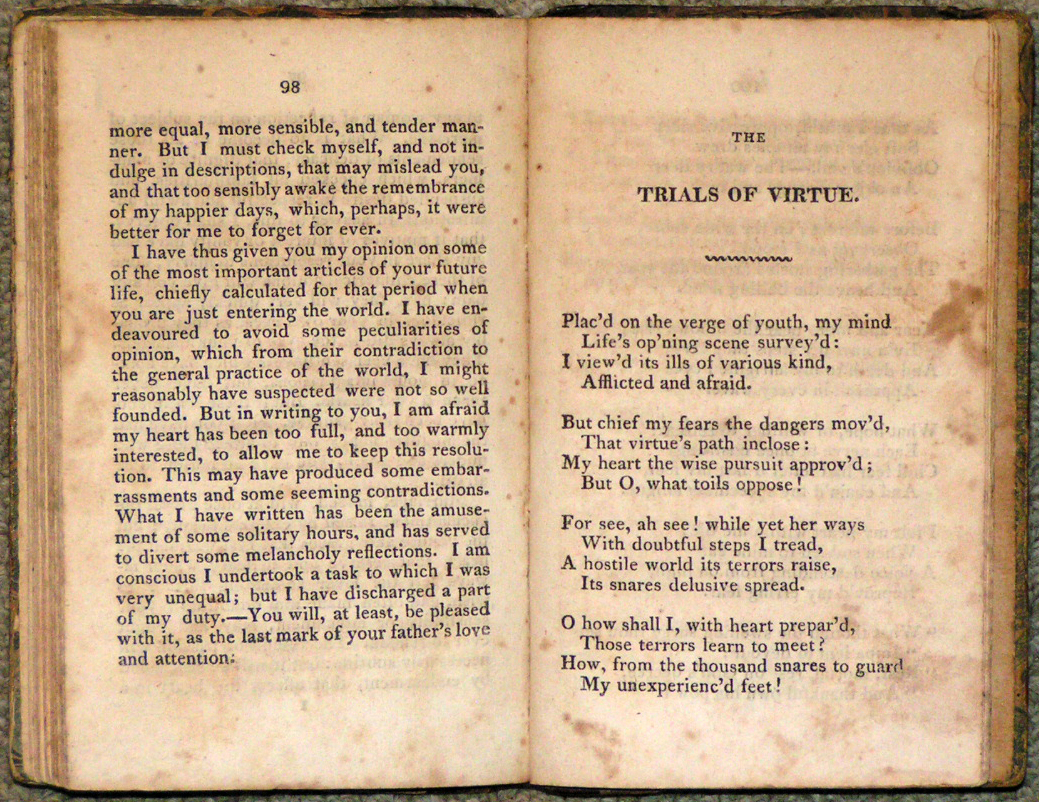 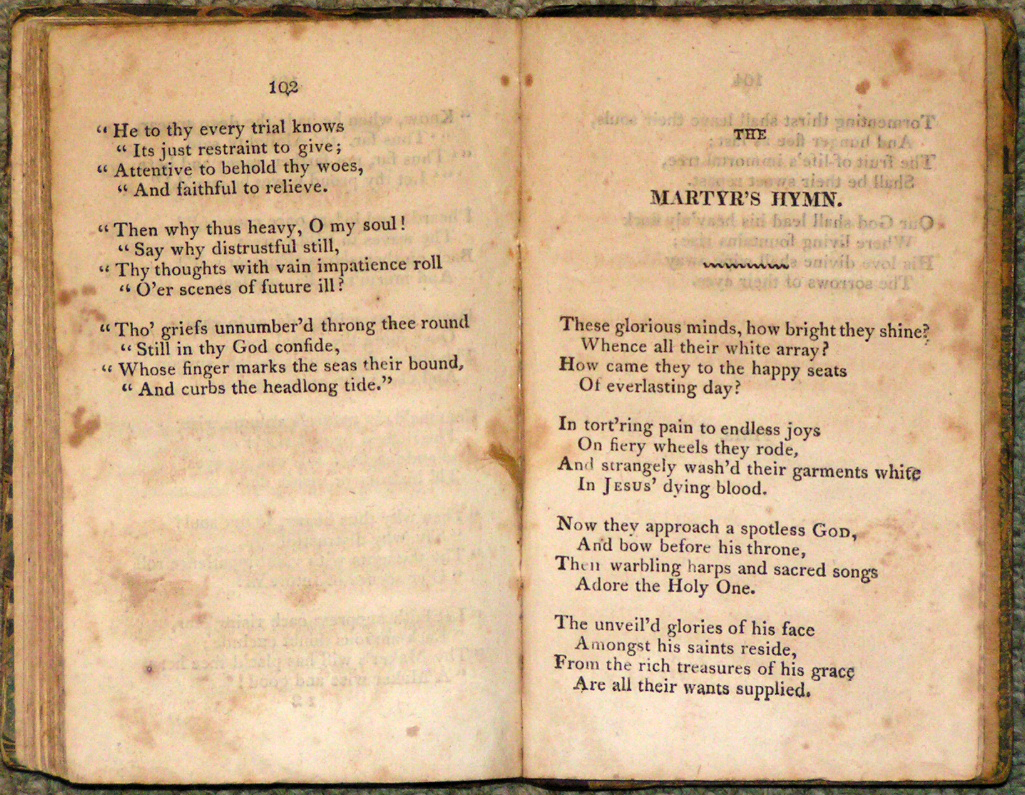 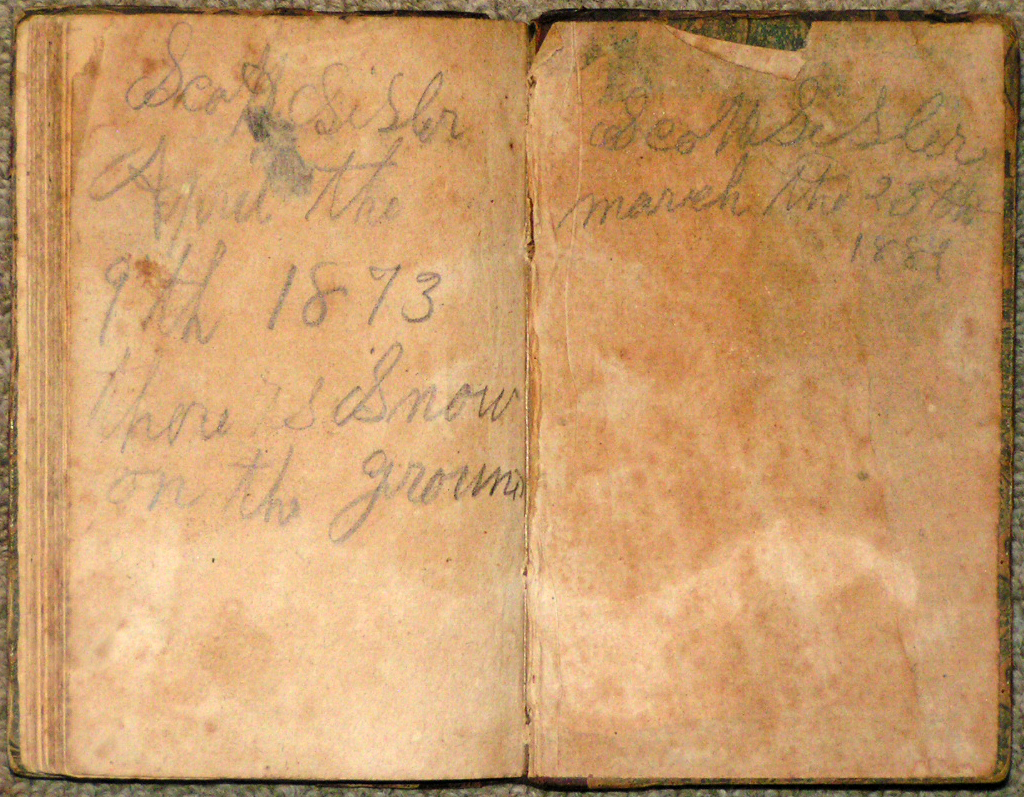 The Way to Get Married: or, the Advantages and Disadvantages of the Marriage State; Represented Under the Similitude of a Dream. To which is added, A Father's Legacy to His Daughters, in a Few Excellent Letters.

"John Johnson (1706-1791) ""of Liverpool, an English Particular Baptist minister who advocated high Calvinism. Johnson originally a General Baptist, developed a unique theological system, which destabilized many churches in the Lancashire and Yorkshire associations well into the 19th century. Because faith is grace, Johnson taught, lack of it is no sin. He held to a modalist understanding of the Trinity and a millenarian interpretation of prophecy, and he was vehemently local church protectionist and opposed to cooperation, even with other Baptists. Johnsonian churches practiced the laying on of hand and one ordinance, water baptism... Churches sympathetic to Johnson's teachings numbered 13... The last of the Johnsonian congregations had disappeared by 1850""--William H. Brackney: The A to Z of the Baptists, p.315. Johnson's The Way to Get Married was first published in 1754. It is somewhat of an allegory a la John Bunyan of 4 young men in Babylon, preparing for a journey to Jerusalem and the success of their separate journeys depending on the young women they chose to be a part of that journey. John Gregory (1714-1773) noted physician and writer, professor of medicine at King's College, Aberdeen. He was also the author of the second title in the volume we are offering. ""After the death of his wife, on 29 September 1761, Gregory wrote A Father's Legacy to his Daughters to relieve his loneliness and to record her opinions about the education of their two surviving daughters... This little work was not intended for publication, but was to be given to his daughters after his death. However, it was published by his son James in 1774 and was an immediate success, running into many editions and translations. The work contains advice on religion and moral conduct, female friendship, and behaviour towards the opposite sex, principally regarding love and marriage. Deploring the forwardness and freedom of contemporary female manners, Gregory argued that modesty, delicacy, and elegance would better secure men's respect and admiration. His concern for his daughters' reputations in the world led him to advocate caution and prudence; thus he advised them to conceal their learning and wit, advice that was scornfully dismissed as a system of dissimulation by Mary Wollstonecraft in Vindication of the Rights of Woman.""--Paul Lawrence, `Gregory, John (1724-1773)', Oxford Dictionary of National Biography, Oxford University Press, 2004; online edn, May 2008 [http://www.oxforddnb.com/view/article/11468, accessed 25 Nov 2015]. The book echo's the sensibilities of Jane Austen's novels. Bound leather spine with marbled paper over boards, 5 horizontal gilt fillets divide the spine into 4 compartments, top 2mm of spine chipped away, worn through marbled paper at corners and some places along edges, rubbed and scuffed a bit, small worm hole and a 1 x 8mm worm track near bottom of front hinge, a 2 x 9cm piece of front paste-down endpaper torn away exposing marbled paper turn-in, light to medium foxing--heavier on endpapers & first and last few pages, a few dog-ears, two crease marks in title, lacks front flyleaf. Collation: A-I6, last two leaves blank. Pagination: (1) title, (1) blank, [3]-30 Johnson's The Way to Get Married; (1) half title, (1) blank, [33]-35 Preface, (1) blank, [37]-40 Introduction, [41]-98 Gregory's Legacy to His Daughters, [99]-102 The Trials of Virtue (poem by James Merrick); [103]-104 The Martyr's Hymn. (poem by Isaac Watts). American Bibliography 1801-1819 #30500. "

Title: The Way to Get Married: or, the Advantages and Disadvantages of the Marriage State; Represented Under the Similitude of a Dream. To which is added, A Father's Legacy to His Daughters, in a Few Excellent Letters.

The Way to Get Married: or, the Advantages and Disadvantages of the Marriage State; Represented Under the Similitude of a Dream. To which is added, A Father's Legacy to His Daughters, in a Few Excellent Letters.