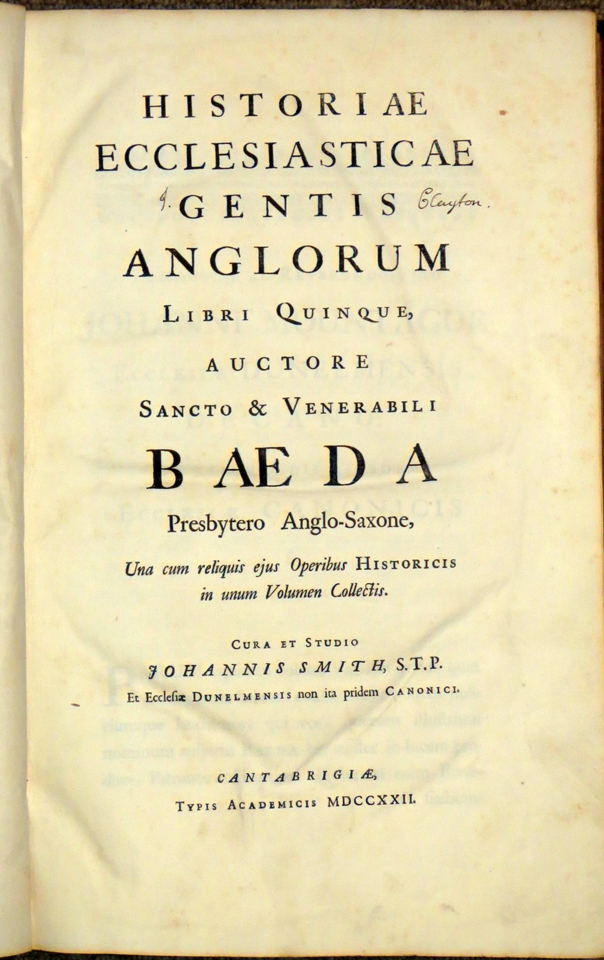 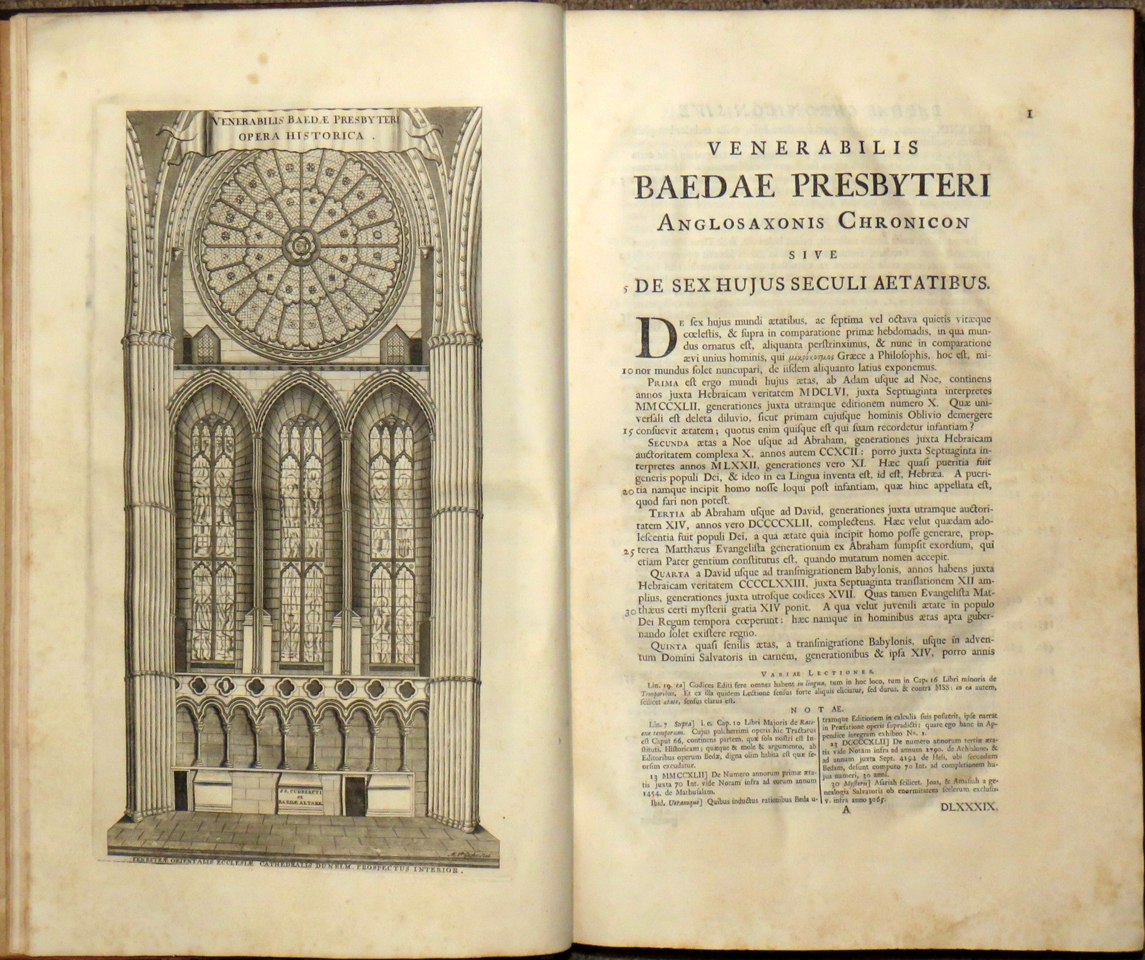 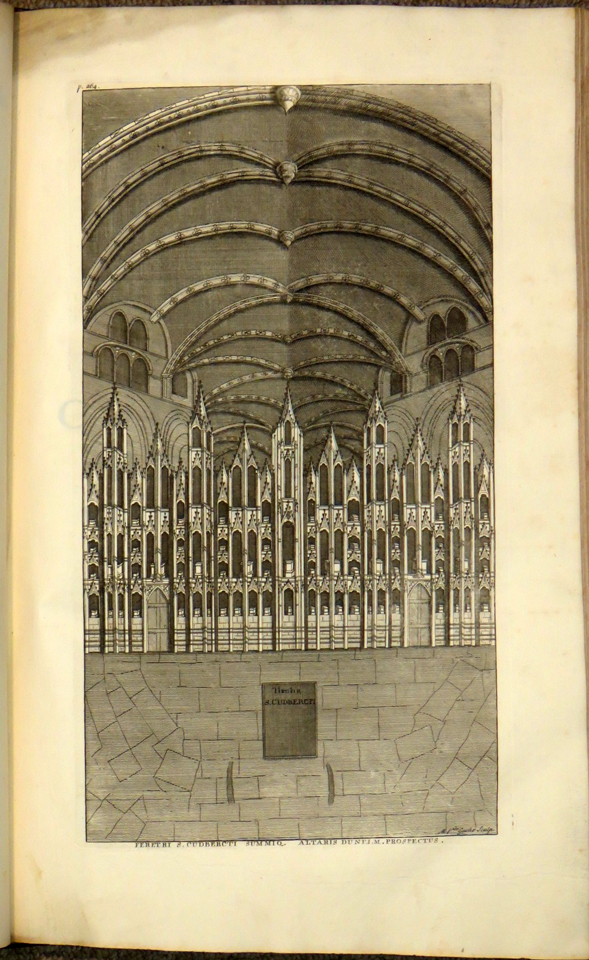 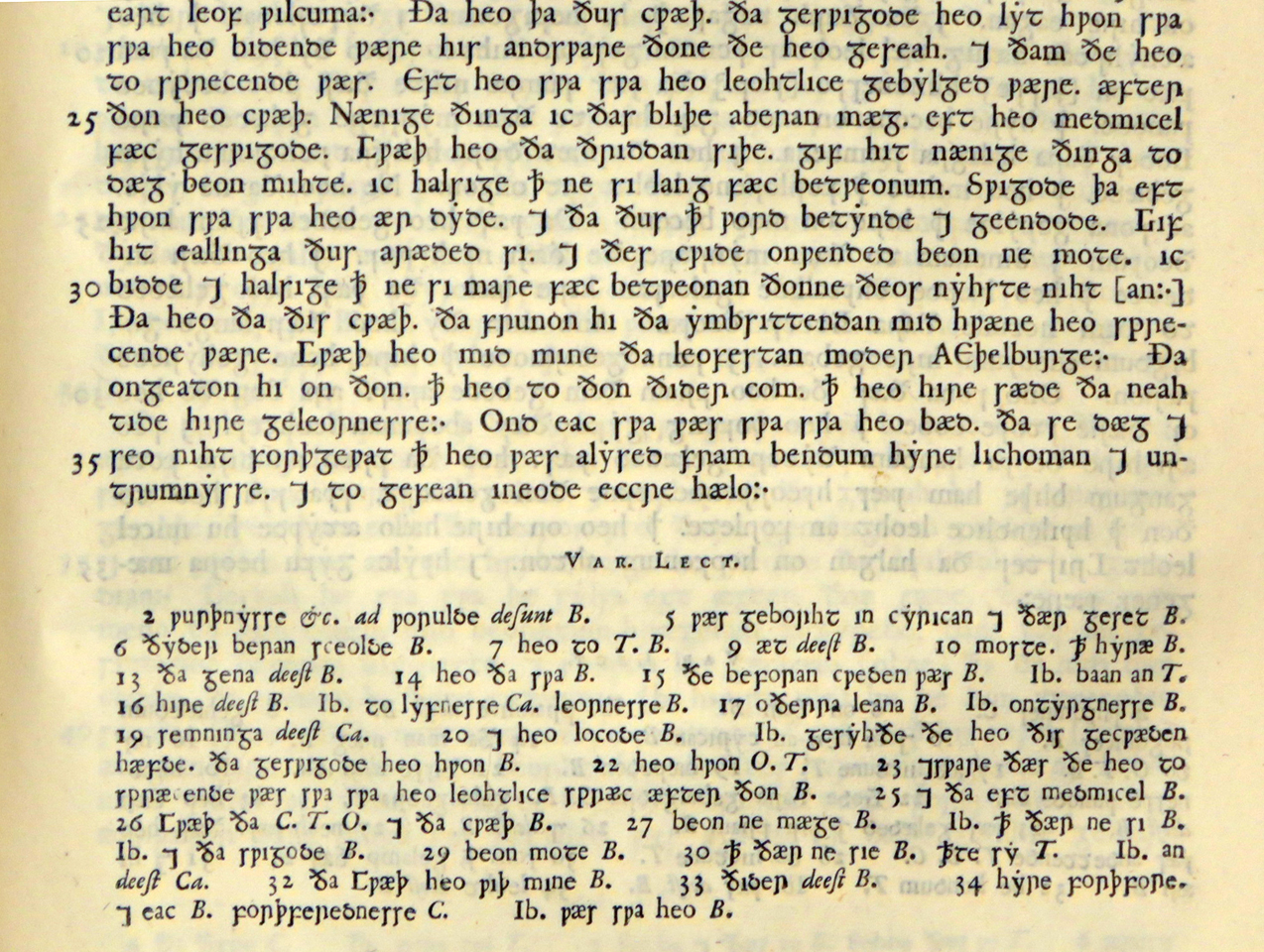 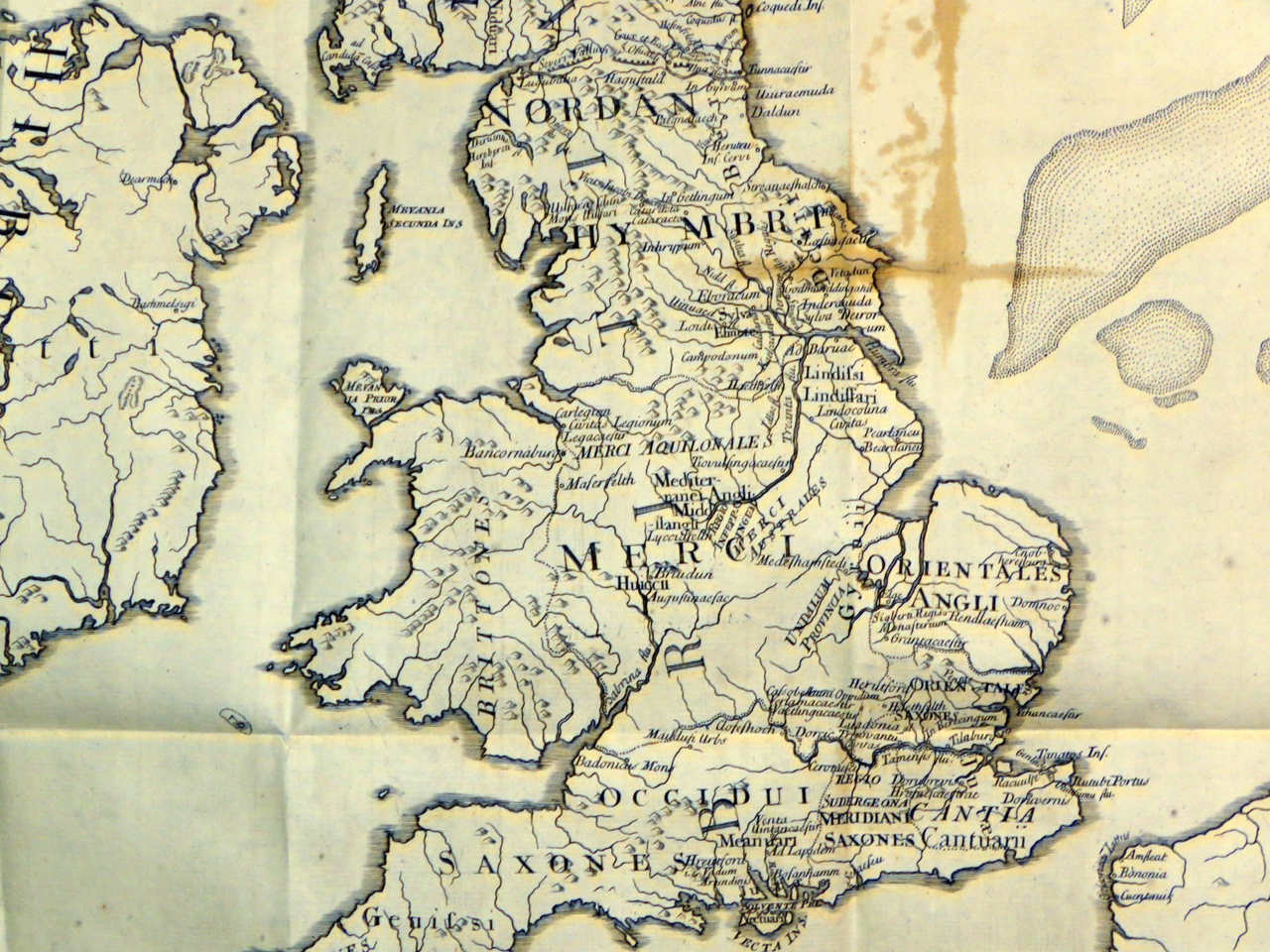 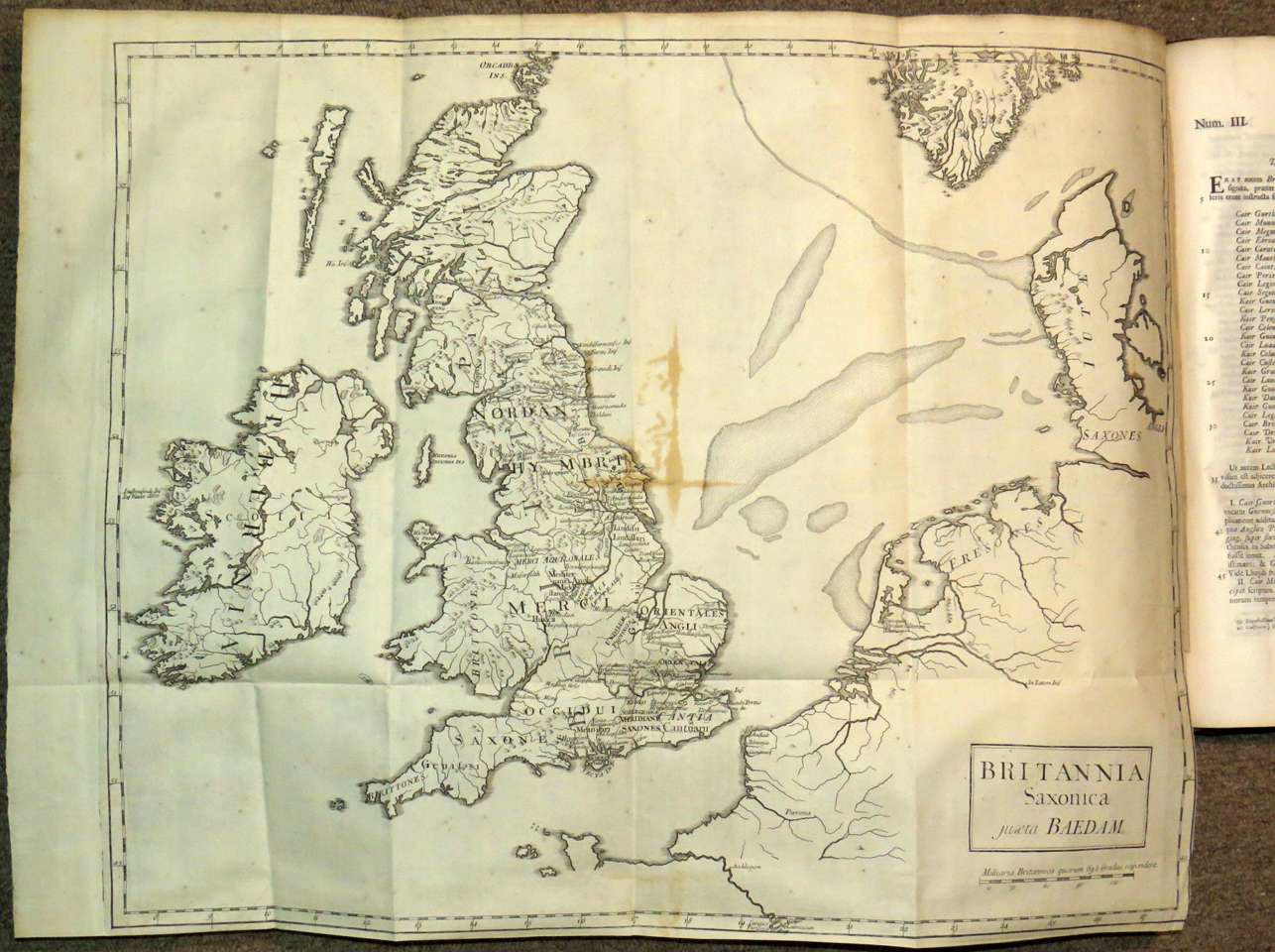 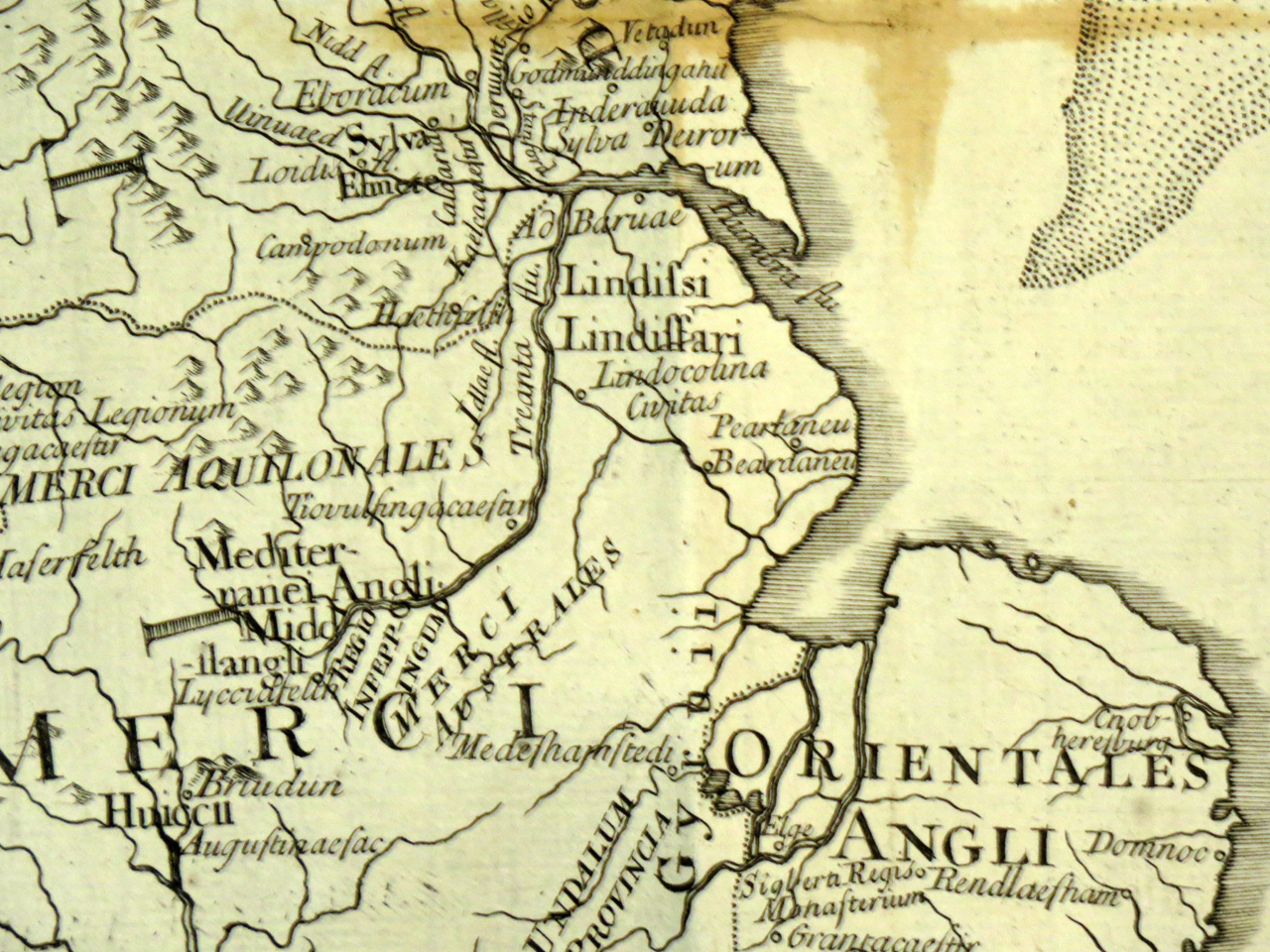 By: BEDE, The Venerable.

Bede, the Venerable, Saint 673-735. Biblical scholar and ‘Father of English History.’ Best known for his Historia Ecclesiastica Gentis Anglorum (Church History of the English People). “This..., a primary source for early English history, owes its value to Bede’s care in collecting information from those most likely to know, his meticulous listing of his authorities and the separation of historical fact from hearsay and tradition. Its interest is enhanced by the vividness of his descriptions.”--F. L. Cross: Oxford Dictionary of the Christian Church, p.148. He entered the monastery at age 7 (at Wearmouth and then soon thereafter Jarrow where he spent the rest of his life), was ordained a deacon at 19 and made a priest in his 30th year. He was a voluminous writer including many commentaries on the scriptures, translations of the scriptures into Anglo Saxon, lives of the saints, etc. This edition published at Cambridge, includes Bede’s Historia Ecclesiastica as well along with Alfred the Great’s Saxon version of the history. Also included are Bede’s Chronicon, the prose and metrical lives of St. Cuthbert, the Historia abbatum, the letter Archbishop Egbert, De Locis sanctis, the martyrology(actually of Florus of Lyon), and the life of St. Felix of Hola. Includes bibliographical references and index.

Illustrator: Includes a very nice folding map of England, Scotland, Ireland, and the coast of France at time of Bede. 63.5cm wide x 48.6cm high (facing p.655). There is a small tear at the corner near the gutter where the maps folds down--repaired with archival pape