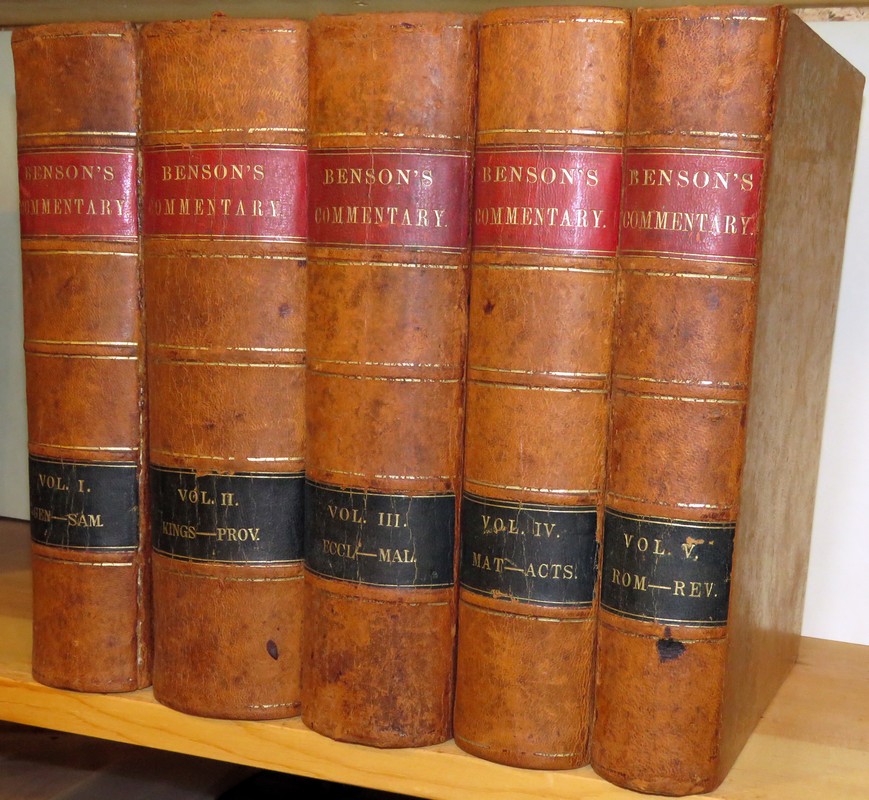 The Holy Bible Containing the Old and New Testaments. (According to the Present Authorized Version) With Critical, Explanatory, and Practical Notes: The Marginal Readings of the Most Approved Printed Copies of the Scriptures with such Others as Appear to be Countenanced by the Hebrew and Greek Originals: A Copious Collection of Parallel Texts; Summaries of Each Book and Chapter; and the Date of Every Transaction and Event Recorded in the Sacred Oracles, Agreeably to the Calculations of the Most Correct Chronologers. By Joseph Benson.

"Joseph Benson (1748-1821) one of the most eminent of the early Methodist ministers in England. At sixteen he was converted to Methodism and in 1766 Mr. Wesley appointed him classical master at Kingswood School. In 1769 he was made head-master of Lady Huntingdon's Theological College at Trevecca, but left in 1771 because of its becoming a thoroughly Calvinistic school. He was then, and always afterward, a decided Arminian. He was admitted into the Methodist Conference in 1771 and soon became one of the ablest preachers in that body, with crowds attending his preaching wherever he went. Sp... View more info