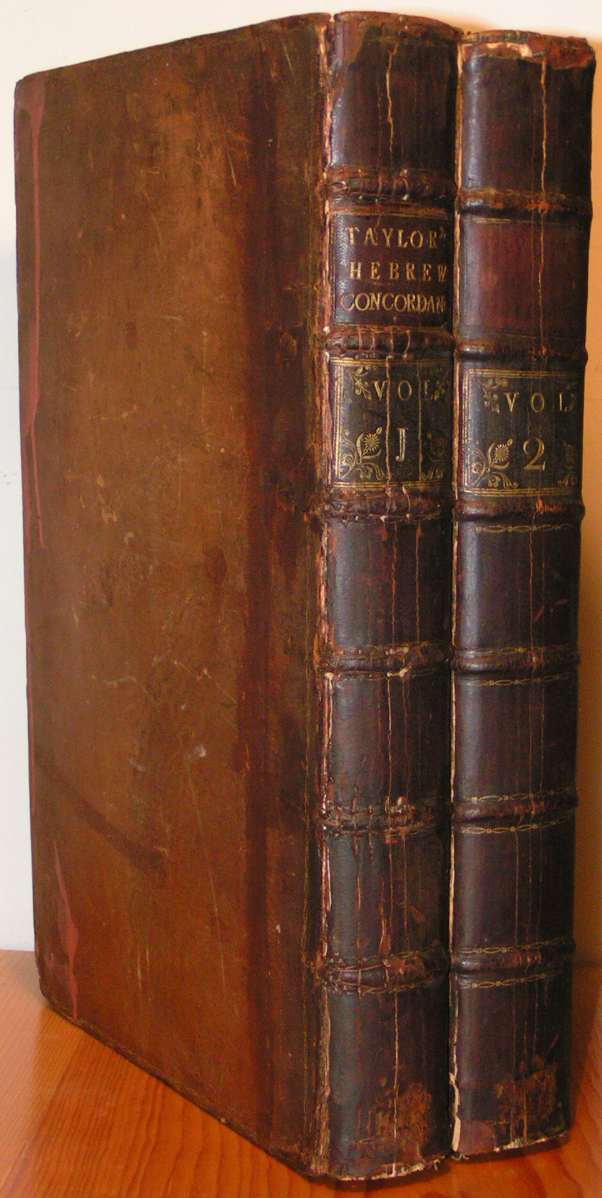 The Hebrew Concordance, Adapted to the English Bible; Disposed after The Manner of Buxtorf. In Two Volumes. By John Taylor of Norwich. Vol. I. [& II] [small woodcut device]

"There are two American signatures on the front free endpapers of each volume: ""Nathan Strong's"" and ""Th. W. Coit, Cambridge, Mass."" There is another signature that somebody went to considerable effort to remove from the same page. Nathan Strong 1748-1816. Congregational minister, graduate of Yale college, ordained 1773 and pastor of First Church, Hartford, CT, where he remained the rest of his life. He was the originator of the Connecticut Evangelical Magazine. Thomas Winthrop Coit 1803-1885, Episcopal clergyman and theologian. He graduated from Ya... View more info