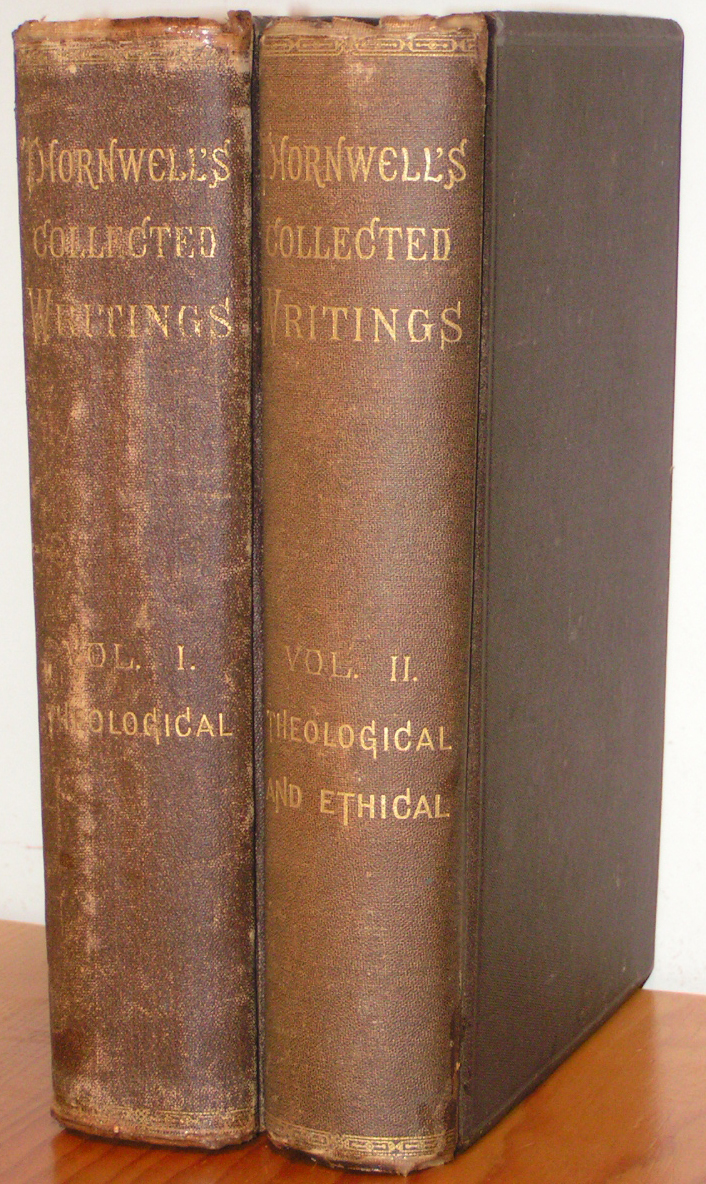 The Collected Writings of James Henley Thornwell, D.D., Late Professor of Theology in the Theological Seminary at Columbia, South Carolina. Edited by John B. Adger, D.D., Professor of Ecclesiastical History and Polity in the same Seminary. Vol. I.--Theological. [& Vol. II.--Theological and Ethical]

"Thornwell (1812-1862) Presbyterian clergyman and educator. Attended Andover Theol. Seminary & Harvard but withdrew because of their liberal views. He ""returned to South Carolina in October 1834, repelled alike by the New England climate and mental attitude."" After pastoring several churches he was later elected president of the College of South Carolina (1851). He left in 1855 to become professor of didactic and polemic theology at the Presbyterian Theological Seminary at Columbia, a position which he held until his death seven years later. He opposed the participat... View more info