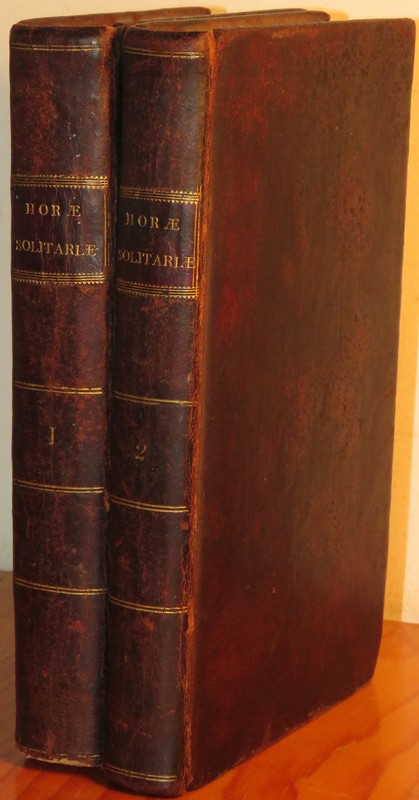 Horae Solitariae; or, Essays Upon Some Remarkable Names and Titles of Jesus Christ, Occurring in The Old Testament, and declarative of his essential Divinity and gracious Offices in the Redemption of Man. To which is annexed, an Essay, Chiefly Historical, Upon the Doctrine of the Trinity. [2 lines, Isaiah lii.6.] [7 lines, Novat. de Trin. c.xvii.] Vol. I [& vol. 2] First American, from the Second London Edition.

"Ambrose Serle (1742-1812) a Calvinistic writer. ""[A] colonial official and religious writer... In 1764, while living in or near London, Serle became a friend of William Romaine. Like Romaine he was an evangelical within the Church of England and other friends included John Thornton, John Newton, Augustus Toplady, and Legh Richmond. A series of letters from Romaine shows the deep affection and sympathy in religious matters which subsisted between him and Serle. When William Legge, second earl of Dartmouth, became secretary of state for the colonies in 1772, Serle was appointed one of hi... View more info