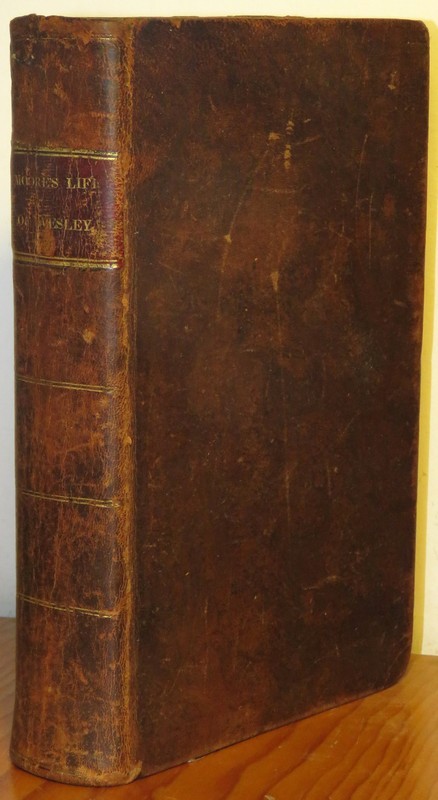 The Life of the Rev. John Wesley, A.M., Fellow of Lincoln College, Oxford; in which are Included, The Life of His Brother, The Rev. Charles Wesley, A.M., Student of Christ Church, and Memoirs of Their Family: Comprehending an Account of the Great Revival of Religion, in which they were the First and Chief Instruments. By the Rev. Henry Moore, Only Surviving Trustee of Mr. Wesley's MSS. [7 lines--quotes from Numbers, Zechariah, & Virgil.] In Two Volumes. Vol. I [& II]

"Henry Moore (1751-1843) ""Wesleyan preacher and writer of considerable note, and an associate of the founder of Methodism....Wesley's attention was called to Moore, and in 1780 he ordered him to take the field as an itinerant of the Londonderry Circuit. He soon progressed in his work, and finally Wesley called him to London, where he became the constant companion of the great religious reformer of the 18th century. The two men of God met together in the morning at five o'clock to answer letters; they travelled together, and Moore became the counsellor of the Connection.... Moore... View more info